Los Lobos, the Grammy winning East L.A. legends comprised of David Hidalgo, Louie Perez, Cesar Rosas, Conrad Lozano and Steve Berlin, are back with an all new full length studio album, “Gates of Gold,” which will be released September 25th on 429 Records. The first single, “Made To Break Your Heart” was #1 Most-Added recently at FMQB with adds in major markets such as Los Angeles (KCSN & KCRW) and New York (WFUV). 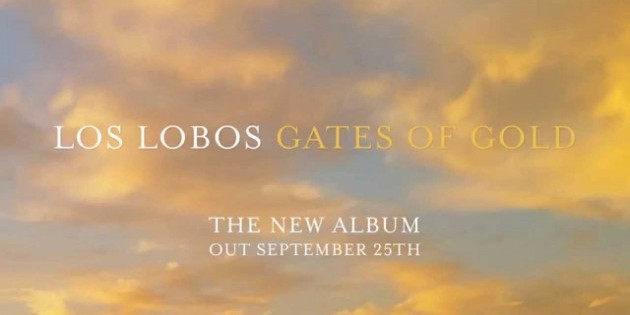 The band will be the featured guests at The Grammy Museum in Los Angeles on September 27 @ 7:30pm.  They’ll perform and will be interviewed along with Chris Morris, the author of the band’s just-released biography “Dream in Blue.”  The band is currently on a national tour with a show at The Beacon Theatre in New York on September 25th.

“Gates of Gold” is their first collection of new songs since 2010, the album was produced by the band who continue to hone their multi-faceted sound and fresh storytelling.  The 11 tracks showcase an iconic American band that remains as dynamic, eclectic and distinctive as ever.  Their songs are snapshots of true life moments with themes ranging from the immigrant experience in America to melancholic ruminations on impending mortality.  Thoughtful, darkly romantic and spiritual lyrics are enhanced by slow burning blues rock, impressionistic soul, traditional Mexican folk music or straight ahead garage band jams.  The band will embark on an extensive tour this year in support of the album (see confirmed dates below).  In addition, a new biography of the band, “Los Lobos—Dream in Blue” written by Chris Morris—was just released by the University of Texas Press.