As a musiclover there are artists you have to see perform live at least once in your lifetime. And when the moment comes that not one but two of those artists are on stage at the same night, you don’t hesitate and travel to Cologne in Germany. Thus it happened, on a rainy Tuesday to see Fish and Roger Hodgson (respectively the frontmen of Marillion and Supertramp) do their magic on stage. It would prove the long journey to be more than worthy. 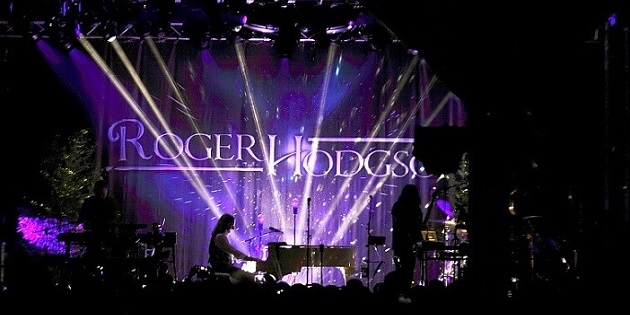 The double act started early, around 6:30 PM the former frontman of Marillion took the stage of Tanzbrunnen in the old German city. Derek Dick was greeted by thousends of spectators who specificly came to see these two heroes. Two heroes who after they left the band that made them grand, an even bigger status created for themselves. Of course Fish didn’t play, the mostly German audience, on his own. Amidst his new background band, the Schot mainly performed songs that the progrocker recorded with Marillion. Only the opening track ‘Pipeline’ and closing track ‘The Company’ are derived from his solo records, the part in between was a complete execution of this band’s most successful record, ‘Misplaced Childhood’, complimented by the debut single of Marillion’s ‘Market Square Heroes’

Meanwhile Derek Dick has gained a few years in age which is very noticeably, although his voice now is more suitable for the genre. Also the fairly fluent German the singer spoke to the audience gave a great impression of the respect the former Marillion-frontman has towards the spectators, which of course is mutual. The singer gave a headliner worthy show, were it not for the even greater artist who was the mainact this time.

Despite the impression that the audience came for Fish, according to the applause, the audience cheered twice as loud when the main act came on stage. Roughly ten minutes prior to the announced starting time the former frontman of Supertramp took the stage. Roger Hodgson coudn’t, as he later said, wait any longer to see his beloved fans. From that moment on it seemed like a symbiosis took place between the stage and the audience, from the first moment the sympathetic Brit started with ‘Take the long way home’ the audience embraced him in their arms. It is rarely seen that an audience from beginning to end, front at the stage and all the way to the back, sang a long, participated and Hodgson enjoyed every single minute of it. 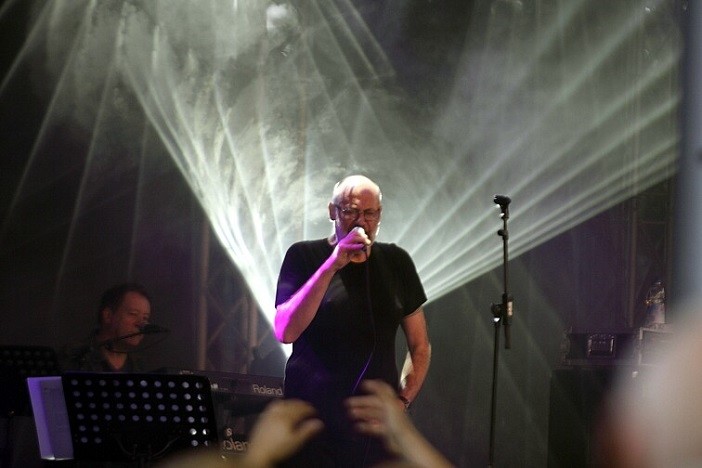 From the start there was a lot of interaction with the audience. “Gutenabend, I am Roger Hodgson. Are you all familiair with Supertramp?”, the Englishman said after the opener, to sent them all back to ‘School’ if they didn’t. When the rain comes during ‘In Jeopardy’ Hogdson immediately jumps on it to appologise for the weather: “Sorry, I planned ‘It’s Raining Again’ especialy at the end of the set, so the rain has come to soon”. Dispite the rain, 99% of the people remaind dry thanks to the huge umbrellas Tanzbrunnen provided.

It wasn’t just Supertramp on Roger Hodgson’s setlist. Several songs of his solo records where played and woven into the old Supertramp-repertoire. Even ‘Easy Does It’, of the lyrical brilliant 40 year old ‘Crisis? What Crisis’ was on the setlist; and that is a very long time ago. The song was played minimalstic, just Hodgson and his guitar, accompanied by the whistling audience, to continue in a fuller ‘Sister Moonshine’. This is for the audience just a short break for when they all accompany Hodgson during ‘Logical Song’. 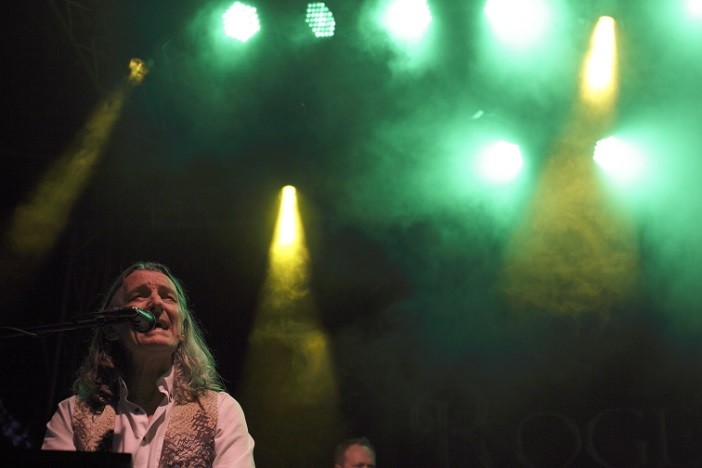 In the end, the show was a whole range of hits, whereby it was striking that the keys was divided over a whopping 4 sets and two other keyboardists, who took over when Hodgson was on the guitar. This demonstrates the virtuosity of the man, who’s lyrics are mostly underappreciated, but again shown in Cologne it is not Rick Davies but Roger Hodgson who was the true face of Supertramp, and still is.

The concert could not end in any other way with the only song that, according to many others, is even better than the hitsingles. A track that never was released as a single, but perhaps is the most wonderful song ever to appear on viny, Fools Ouverture’, now done by Hodgson and his background band concisting of drummer Bryan Head, bassplayer David J. Carpenter, Kevin Adamson on keys and multi-instrumentalist Aaron MacDonald. 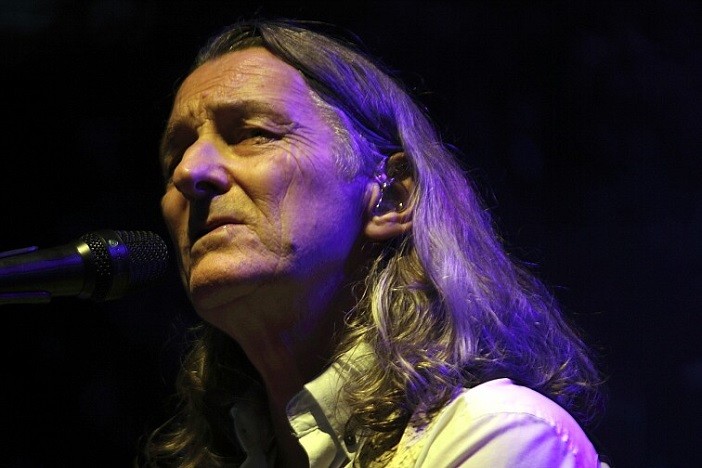 The audience was left in ecstasy and when Roger and his men returned for the second time, the encore, the first thought was simple: After a series of hits, is there still a song that has not been played? It was with great indignation of own misconception that the audience forgot all about Supertramp’s two greatest hits ‘Give a Little Bit’ and the previously announced ‘It’s Raining Again’. A gigantically amount of classics written by the man who received a standing ovation that lasted minute after minute, a wonderful ending of a perfect night.

A night that became even more perfect when a spontanious second unplanned encore started. When Hodgson came on stage the second time, to prove his love for the fans, he did ‘Breakfast in America’ again especially for the Germans and their enthusiasm. An enthusiasm that is seldom seen, in an entourage that fit perfectly with Hodgson and his men. An evening of pure quality. 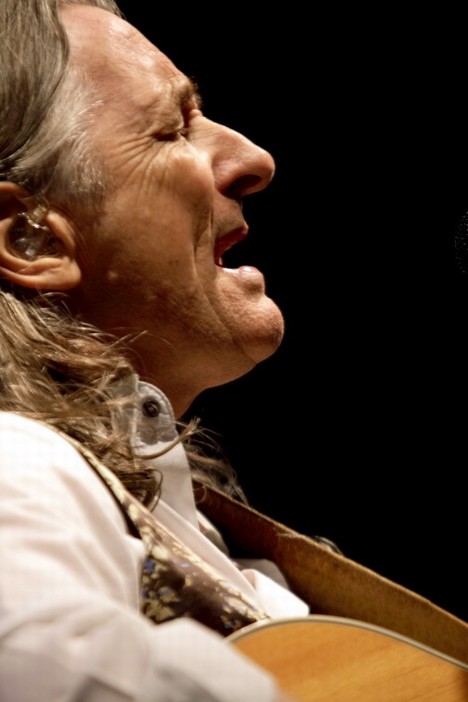 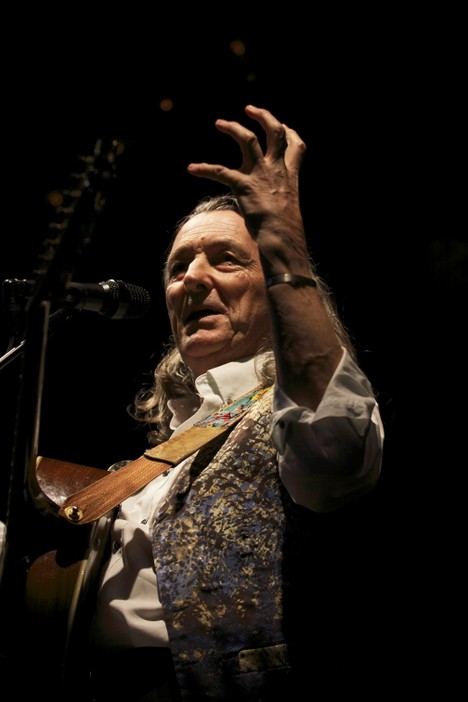