Sony Music Masterworks imprint Portrait Records signs the holiday supergroup – Band of Merrymakers. Band of Merrymakers, a rotating group of travelling troubadours, will release their debut album “Welcome To Our Christmas Party” on October 23, 2015. A donation will be made to MusiCares for every album and track sold. 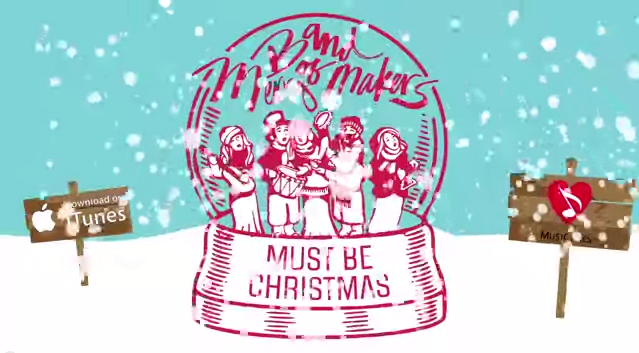 Last year the band released the single “Must Be Christmas” along with a Santa flash-mob video. The new album will feature a mix of new holiday songs plus some old favorites.

Of the new album Hollander says: “Legend has it that Irving Berlin wrote ‘White Christmas’ at a La Quinta hotel in the California desert. Kevin and I attempted to channel his inspiration as we wrote and recorded our record in the blazing Hollywood summer heat. The process essentially consisted of us calling up our friends, family & colleagues and inviting them to pack up their acoustic guitars and join us by the campfire as we recorded in the sweltering sun, all with the spirit of the winter and festivity deep in our bones. We hope the joy is self-evident!!”

David Simone and Winston Simone at DSW Entertainment are the Executive Producers of the album.