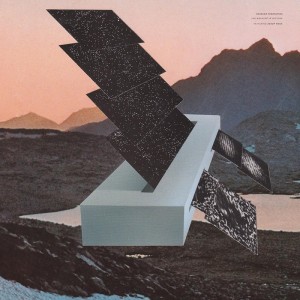 Grimace Federation’s brand new EP release, ‘The Measure in Mixture’, featuring Aesop Rock, is out now! Unlike anything they have ever done, this limited 12″ was pressed on transparent clear vinyl with a cloudy, white haze effect, and comes packaged with a free digital download card.

For those unfamiliar, Grimace Federation’s sonic collages create a symphonic, cinematic, and immense sound. The band’s musical foundation could be discovered in the grooves of records from post-rock legends such as Jaga Jazzist, Tortoise, and Stereolab, while latter day influences, like Mogwai and Black Sabbath, and a lifetime of collecting obscure underground hip-hop records notably seep into their symbiotic chaos. The Measure In Mixture combines spastic krautrock beats with the grandeur of an Ennio Morricone soundtrack on a Boards of Canada sonic landscape. Features two bass-heavy remixes from Aesop Rock, one of which he also graces with his distinguished brand of dense wordplay and dark sense of humor!