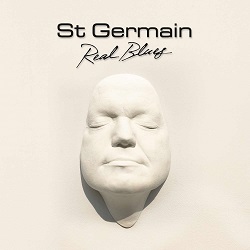 St. Germain (Ludovic Navarre) is a big name in the world of electronic music. He is a pioneer of the “French Touch” and the creator of intelligent, sensual and original deep house. His music is a subtle blend of electronics with live instruments, influenced by jazz and blues. These influences are combined with hypnotic electronic loops and harmonious vocals.

The new album is a colorful musical journey. For the album St. Germain worked with several African musicians.You can hear a lot of traditional African instruments like the kora, the balafon and ngoni. These are mixed with guitars, pianos, saxophones and electronic elements.

In 2000, St. Germain released the album ‘Tourist’ which includes the hitsingle ‘Rose Rouge’. Worldwide, this album sold over 2.8 million albums. ‘Tourist’ has reached multi-platinum status in the Netherlands, New Zealand, Belgium and even the diamond status in France. He performed at the biggest venues including Coachella, Glastonbury and the Royal Albert Hall. In his home country he won three Les Victoires de la Musique Awards.