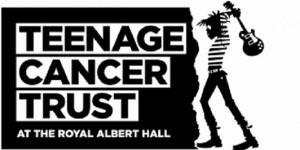 2015 marks the 15th anniversary of the very first Teenage Cancer Trust show at the Royal Albert Hall in 2000. Billed as ‘The Who and Friends’ that landmark evening saw Noel Gallagher, Paul Weller and Kelly Jones join The Who on stage for an incredible one-off performance.

All of these artists are returning this year, continuing their incredible support and celebrating everything these shows have helped to achieve for young people with cancer. They’ll also be joined by the legendary Van Morrison, and one of Britain’s best-loved comedians and Teenage Cancer Trust ambassador, Kevin Bridges.

Teenage Cancer Trust is the only UK charity dedicated to improving the quality of life and chances of survival for the seven young people aged between 13 and 24 diagnosed with cancer every day. The charity builds specialist units within NHS hospitals that bring young people together to be treated by teenage cancer experts in a place designed just for them.

The shows have played a huge role in the growth of the charity, helping to take the total number of specialist Teenage Cancer Trust units across the country to 28 and to fund nearly 50 expert teenage cancer nurses and youth support coordinators.

Thursday 26 March
THE WHO plus very special guest WILKO JOHNSON

Tickets for 23-27 March go on sale at 9am GMT on Friday 30 January.
Noel Gallagher became the first headliner to be announced in December last year. Tickets for this show were already sold out a few days later. 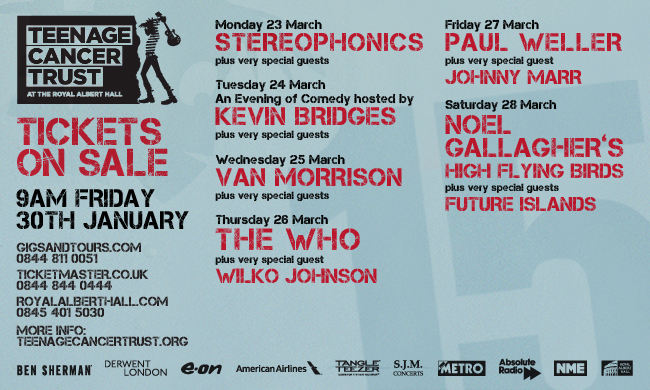