Defected presents FCL In The House is the first essential mix album of 2015, a two mix release of classic and contemporary house music, including cuts from Larry Heard, Bob Moses, Seven Davis Jr. and Audiojack, as well as a handful of FCL exclusives. It’s also the very first time Belgian DJ/producers have been invited to join the ranks of Defected’s prestigious mixcd series ‘In The House’, after big names like Bob Sinclair, Kevin Saunderson, Gilles Peterson…. 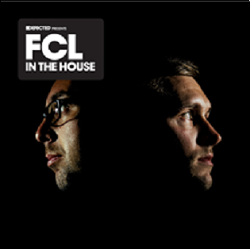 FCL is the house project of Belgian DJ/producers San Soda and Red D, who, in 2012, released ‘It’s You’, a club phenomenon that started life as a Panorama Bar inspired DJ tool and went on to be one of the biggest house tracks of 2013. This year’s follow up ‘Can We Try’, alongside stunning remixes of Audiojack and Kele Okereke amongst others, proved similarly definitive, firmly placing FCL in the upper echelons of house music’s elite. Split across two distinct mixes – one live and one constructed in the studio – Defected presents FCL In The House is the duo’s first ever mix album, with both Red D and San Soda digging deep to deliver mixes indicative of their broad and discerning taste for quality house. “If there was one thing we always wanted to do as DJs, it was to be asked for a mix compilation in which we would get total (house) freedom” says Red D of putting the mix together. “We aimed for a DJ set filled with old and new tracks that you will want to come back to in 10 years’ time”. Kicking off with Bob Moses’ deeply emotive ‘All I Want’, Red D’s mix moves through the subdued, vocal-inflected acid of Credit 00 ‘Obsessed’, Bushwacka!’s heady ‘Healer’ and Tomas’ ‘Mind Song’ – a two decade-old Warp-released record that confirms D’s aptitude for crate-digging. San Soda starts his studio mix with stunning deep vocal cuts from Larry Heard and Norken & Deer, before progressing into tougher house territory with Underground Attorney ‘Nothing Stays’ and his own piano-led ‘Birdies That Fly’, before ending up with the brand new FCL track ‘Behold’, which was exclusively made for this compilation. In addition, the digital version of the release includes two more exclusive tracks; FCL featuring Lady Linn ‘Can We Try’ (Red D’s Italian Dub) and Luv Jam ‘Californian ‘Freestyler’ (Jacob Korn Remix 2), alongside a previously overlooked gem from FCL’s We Play House Recordings catalogue, FCL ‘Used To Be’, also featuring the sultry Lady Linn on vocals.