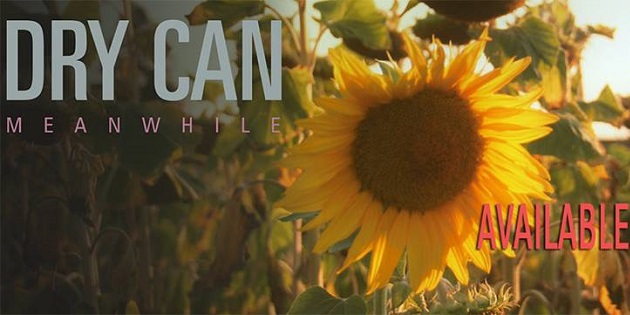 7 years after the release of their debut full-length album, french alternative grunge-rockers Dry Can are finally back to the business with a very long awaited sequel called “Meanwhile”, self-produced by the band himself and available right now for CD, digital and full streaming.

Born in France at the end of the 90’s as an acoustic rock duo (Anne + Antoine, both vocalists & guitarists), Dry Can became a four-piece band a few years later after the arrival of a rythmic section (Olivier & Pascal). Taking its time to work on some songs and then making a few gigs, the band recorded a debut full-length album called “Something like that…”.

Released in 2007, this first effort was a panorama of the band’s influences, between past and present, somewhere around Led Zepellin and Pink Floyd from a side and the Seattle 90’s scene (Pearl Jam, Soundgarden…) on another side, with some sonorities and atmospheres from bands like Deftones, Helmet or Incubus.

The album is very well received but Dry Can kept the silence for years… but not being inactive. In 2009, after two years of touring and having established a strong reputation of a rock’n’roll band to be seen live, the qartet decided to take some distance with the stage in order to catch its breath and prepare its second album. After some years of work, the band recorded “Meanwhile”, unleashed on fall 2014.