SoundExchange announced a Top 10 list of the most streamed Michael Jackson recordings of all time. The list is based on data reported to SoundExchange during the past decade of streaming from non-interactive digital radio services including Internet radio, satellite radio, and cable TV music channels. The list features some of Michael Jackson’s most popular recordings including “Billie Jean” (#1), “Beat It” (#7), and “Thriller” (#10). The complete Top 10 list can be found below. 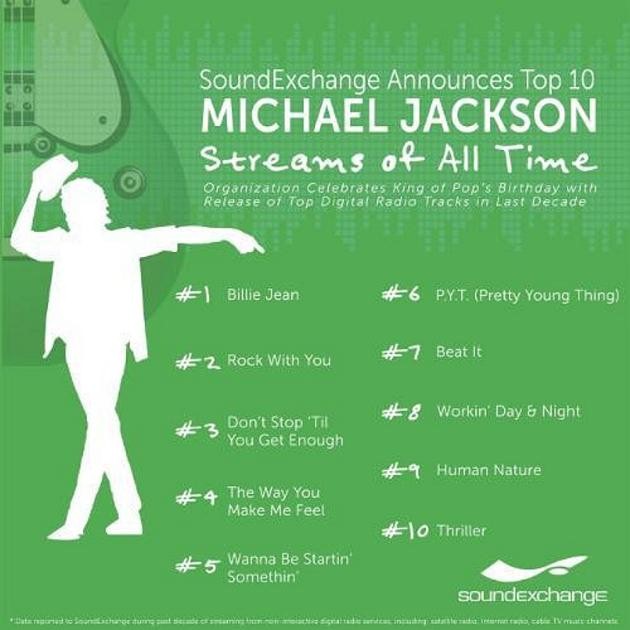