‘The digital revolution is over. Electronics and computer technology are not controlled by the universities anymore. Thanks to cheaper machines and the internet everyone has the possibility to own a computer and produce anything with it. But why don’t we take real control over these machines in this post-digital age?

Our modern ears have been spoiled with downloads of predictable music. That’s why a lot of musicians started selling their music more and more with the facts of HOW they make music at the cost of telling us WHY they make music. The matter has become inferior to the equipment. Artist have become collectors of instruments. Listeners care more about the medium and production of music than its stories.

triumph without euphoria is a research on the possibilities of making the physical hardware of the computer a complete musical instrument. Which you could learn to play like you would learn to play the guitar or piano. Without the use of “push this button for hit song”-software a workspace was made where a story is told about the background of our art, images and music. That what is filtered everyday, all the time by the things that are hold in front of our eyes. A bridge between delicacy and destruction build with the anatomic/granular techniques of microsound, combined with the raw digital product of glitches, bugs, errors, crashes, clipping and background noise’. – Heartsnatcher 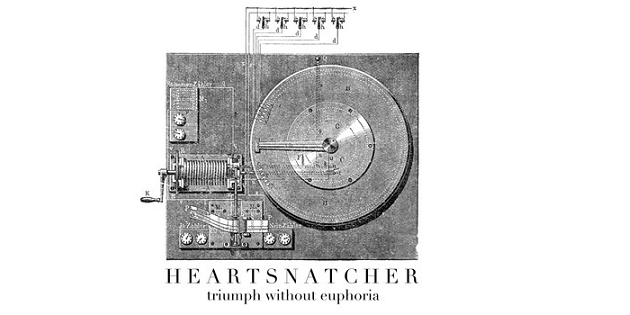 Jos van Tol has been a drummer for more than 15 years in various bands ranging from bigband jazz to noise rock. After an intensive tour for 2 years and a successful album with 60’s freak Jacco Gardner he decided to pick up his practice of computer programming to make an autobiographic and introvert album. Inspired by the progressive sound of electronics and computer music. ‘Triumph without Euphoria’ will be released Friday September 12.

tracklisting:
1/ the DigitalRevolution(is over)
2/ I C Monolith
3/ Audionee++
4/ To Botox Everywhere
5/ yank put bang
6/ Easy Like Kim
7/ No reason To Leave Home