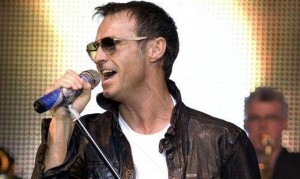 Universal Music Catalogue will release The Greatest Hits Tour Live In Glasgow by one of Britain’s most successful groups of the past twenty five years and multiplatinum selling recording artists, Wet Wet Wet. The Greatest Hits Tour Live In Glasgow arrives on 15 September as a twenty one track DVD or BluRay with a bonus CD featuring songs from each of the arena shows on tour.

Including hits from 1987’s ‘Wishing I Was Lucky’ through ‘Goodnight Girl’ in 1991 to ‘Julia Says’ from 1995’s ‘Picture This’, the unforgettable ‘Love Is All Around’, and their 2013 hit ‘Step By Step’ the show demonstrates just why Wet Wet Wet are a part of British pop history.

The Greatest Hits Tour Live In Glasgow was filmed on the last date of their 2013 tour which ended at The Hydro Arena in their hometown Glasgow. It captures some of Wet Wet Wet’s greatest moments on stage. Selling in excess of fifteen million records world wide, Graeme Clark, Tommy Cunningham, Neil Mitchell and Marti Pellow have played to more than four million people in over twenty-five countries around the world.

Wet Wet Wet boast three number one singles, four number one albums, 508 weeks on the charts and holders of the 11th biggest selling single of all time. They are currently embarking on their summer UK tour.

Wet Wet Wet’s The Greatest Hits Tour Live In Glasgow will be released on 15 September 2014.