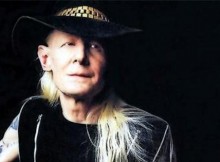 With the sudden passing of celebrated blues guitarist Johnny Winter, his brother Edgar Winter has vowed to continue on in Johnny’s memory. The Rock ‘N’ Blues Fest, set to kick off July 31 with both Johnny Winter and Edgar Winter, Vanilla Fudge, Peter Rivera formerly of Rare Earth and Savoy Brown’s Kim Simmonds, will continue as a tribute to Johnny Winter.

Edgar Winter says, “My wife and I are shocked at the suddenness of Johnny’s passing, especially since I was so looking forward with such joy and anticipation to seeing him again and playing together… Johnny has always been, is now, and will forever remain my greatest musical hero of all time. But more than all that, he’s my brother – in family, in music, in life and beyond. I will do my best to carry on in honor of his memory and the Winter name.”

The musicians will perform many tracks that Johnny Winter made classics including: “Rock and Roll, Hoochie Koo,” “Good Morning Little Schoolgirl” and “Johnny B. Goode” and others. Rick Derringer, a longtime friend of Johnny Winter and a veteran of the Rock’n’Blues Fest tours, will be a special guest at the final two performances in Las Vegas, Nevada and Snoqualmie, Washington.

Johnny Winter was an American blues guitarist, multi-instrumentalist, singer, and producer. Best known for his high-energy blues-rock albums and live performances in the late 1960s and 1970s, Winter also produced three Grammy Award-winning albums for blues singer and guitarist Muddy Waters. After his time with Waters, Winter recorded several Grammy-nominated blues albums. In 1988, he was inducted into the Blues Foundation Hall of Fame and in 2003, he was ranked 63rd in Rolling Stone magazine’s list of the “100 Greatest Guitarists of All Time.”