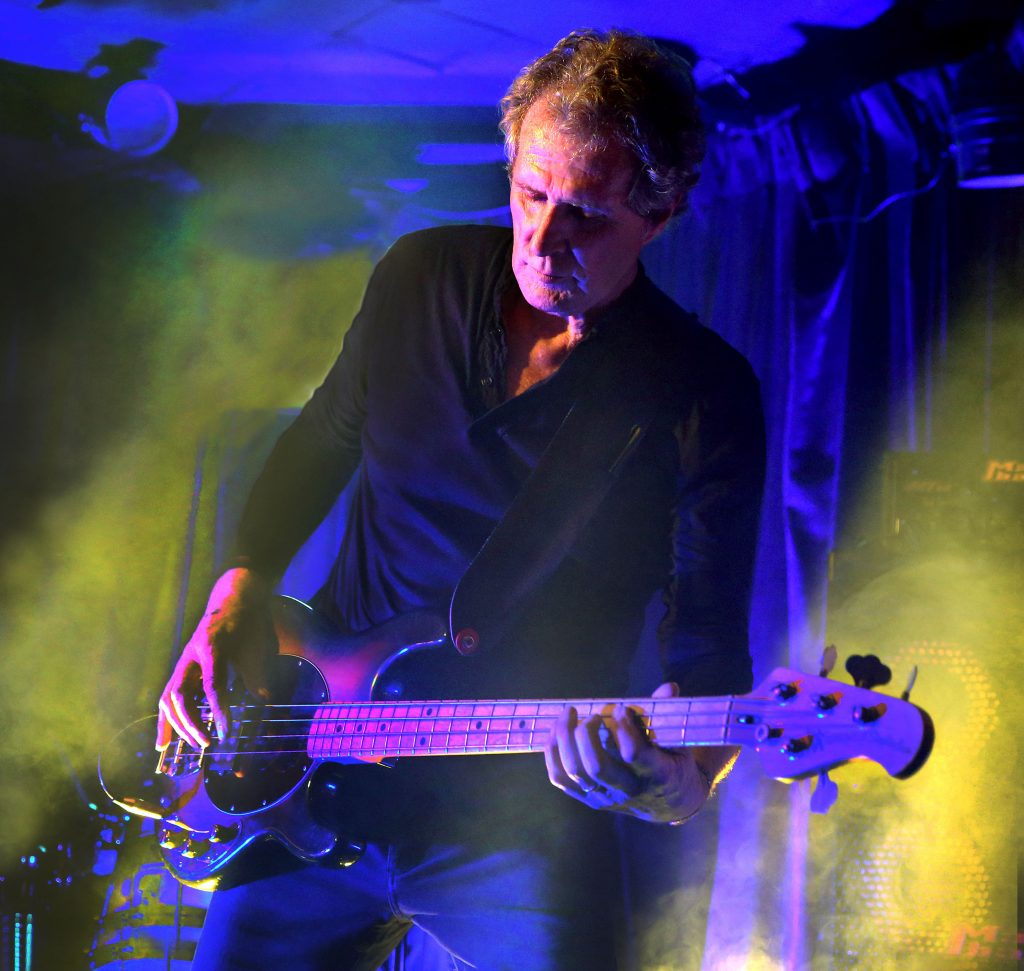 When you’ve been a member of one of the biggest bands in the world it might be thought reasonable to retire to the country, dip in the pool, smash a few holes in one and admire the fleet of classic cars you have doubtless acquired. But John Illsley is no such slouch. Though he’s an accomplished artist, he’s first and foremost a musician, it runs through and through, so it’s no surprise to find him out and about with a brand new band.

True, John was in one of the biggest bands ever to enjoy stratospheric success. As a founder member of Dire Straits he had a remarkable musical journey – along with Mark Knopfler he was there for the whole ride. To say Dire Straits were successful is a bit like saying zebras are rather stripey. They sold over 120 million albums, picked up a few Grammies on the way, a clutch of Brit Awards, a couple of MTV music video accolades and an Ivor Novello award for Outstanding Contribution to British Music. Their 1985 album Brothers In Arms was the first to sell over a million copies in CD format and the band spent a staggering 1,100+ weeks on the UK album charts.

In short, Dire Straits’ reach was massive and their sound instantly recognisable due, in no small part, to John’s distinctive bass riffs and general musical input. When the band finally disbanded in 1995 solo careers were on the cards – John took time out then went back into the studio.

Now, two decades later and with six solo albums under his belt, John hits the road with a brand new band. Excitingly it features some of the best players in the business.

John Illsley’s first tour in over four years, and the first with this line-up, the new shows avow full-on musical nights of the highest calibre.

Showcasing John’s 2016 album, “Long Shadows”, the band promise to draw on many of the much loved Dire Straits’ hits – Sultans of Swing, Money for Nothing, Romeo and Juliet, Brothers in Arms – as well as the gamut of solo material.

As the man himself says “The new songs fit very comfortably next to the Dire Straits’ classics. We keep the essential feel of those songs but this isn’t a tribute act, I think we bring them alive in a new and fresh way. We certainly love playing them and people seem to enjoy listening so it’s great fun all round.”

Given the talent involved, to say that the Autumn dates should prove a harvest of delights would clearly be leaving the lily ungilded. With songs from the present, the past and even some from the band, the evening will be awash with good music. Tickets for the dates are on sale now from all tour venues. A new DVD “Live at the Brook” recorded with the same band will also be available at the shows.