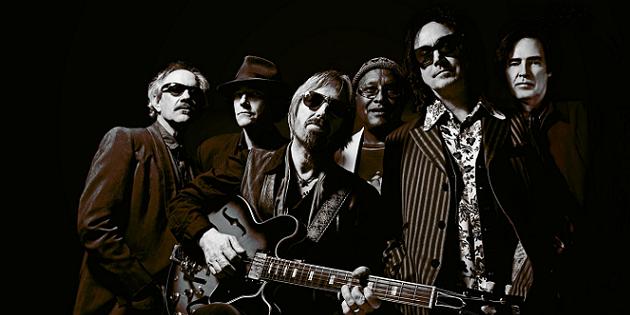 Tom Petty is thrilled to announce his Tom Petty and The Heartbreakers’ 2014 North American tour and the July 29th release of their first new studio album in four years on Reprise Records, Hypnotic Eye. The tour, featuring very special guest Steve Winwood, will begin in San Diego, CA on August 3rd. The tour includes already announced headline performances at San Francisco’s Outside Lands Music and Arts Festival and at the Lockn’ Festival in Arrington, VA. On Labor Day weekend, for the first time ever, the band will perform at Boston’s Fenway Park.

Tickets to many of the newly announced concerts will go onsale at Ticketmaster.com and other ticketing services beginning Saturday May 31, with Highway Companions Club presales beginning Monday May 26 for select Canadian cities. Every 2014 Tour ticket will include Tom Petty and The Heartbreakers’ new album, Hypnotic Eye. Hypnotic Eye will be available in CD, digital, high resolution Blu-ray audio and vinyl formats. The vinyl will be available as 1-LP or as 2-LPs inclusive of an additional track not available in any other format. Fans who preorder the digital album on iTunes and Amazon beginning June 3rd will get an instant download of the first of several album tracks to be revealed prior to the release date.

Members of Tom Petty and The Heartbreakers’ Highway Companions Fan Club will be granted access to the first Tour 2014 ticket presale, allowing priority access to tickets. Members will also receive a CD copy of Hypnotic Eye plus a digital copy of an exclusive new live album. Live 2013 features eleven tracks recorded during the Heartbreakers’ 2013 theatre residencies in New York and Los Angeles, plus tracks recorded at the most recent Bonnaroo Music and Arts Festival – all hand-picked by Tom Petty. Click here to see the Live 2013 track list.

Upcoming concert presales for legacy Highway Companions Club members begin for select Canadian dates on Monday May 26 and select US dates on Tuesday May 27. The presales for new fan club members begin a day after the legacy presale begins. If you are a current member who has not renewed your membership since June 15, 2013, you have until tomorrow May 21st at 10pm ET to renew here for a discounted rate. You will receive the new membership package including Live 2013 and will also keep your presale legacy status.