Classic/progressive rock powerhouse ASIA featuring John Payne, released the video for Eye In The Sky, off of their latest project Recollections: A Tribute to British Prog, exclusively on Ultimate Classic Rock on May 1st. The band’s single and latest project is available on iTunes; in stores on CD; and true to classic rock roots, on vinyl. For the recent single, Payne reached out to legendary Eye In The Sky’s Alan Parsons producer and asked him if he’d like to hear what they had done. Much to Payne’s delight, Parsons not only wanted to hear his version but also had some input on what he heard. Parsons said, “John, go to a piano.” Payne had Parsons on speakerphone while Parsons was on piano. “There’s a harmony part that you must put in.” Parsons loved the “update” so much that there’s a tiny little tag at the intro of the front that was added in by Payne that’s different from the main tune. Parsons who not only agrees to appear in ASIA’s Eye in The Sky video but had this to say to Payne, “Do you mind if we actually use that with Alan Parsons Live Project?” Payne replies, “I would be so honored if you did!”

Shot in and around Las Vegas, primarily at the Las Vegas Hotel and Casino, the Eye in The Sky vid also features a cameo from rock fan and enthusiast comedian/actor Carrot Top as well as the cast from the LV’s “Rock Vault”. A skillfully executed collection of progressive rock classics with remarkable arrangements and harmonies injected with ASIA’s infamous style, Recollections has preserved the authenticity of the originals while adding individual and emotive musical impressions – a magnificent homage to Rock icons Alan Parsons; YES; The Moody Blues; Jethro Tull and Emerson Lake & Palmer. Payne continues to perform in Las Vegas’ #1 rated musical, Raiding the Rock Vault, a story of classic rock, which highlights legendary bands and songs from the 1960s to 1990s. 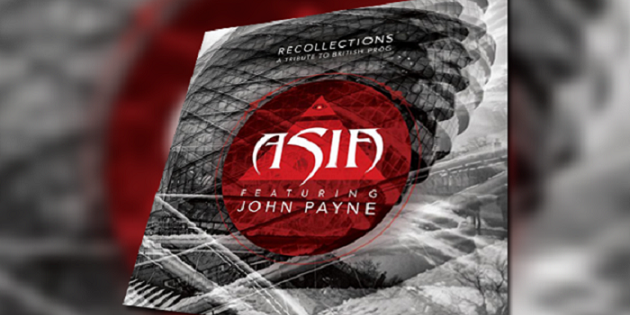