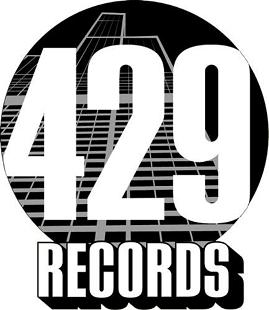 429 Records is gearing up for the release September 2nd of The Symphonic Nirvana, the next in Jaz Coleman’s symphonic works and the Killing Joke legend’s first in over 15 years. Following the successes of Symphonic Music of the Rolling Stones, Us and Them: Symphonic Pink Floyd, and Kashmir: Symphonic Led Zeppelin which all reached #1 on Billboard’s Classical Crossover Chart, the Nirvana project is particularly close to Coleman’s heart given the influence Killing Joke had on Nirvana and their mutual appreciation (Dave Grohl played drums on a 2003 Killing Joke release). The recording of the album will take place in Russia at the legendary Mosfilm Studios and features the Russian State Symphony Cinema Orchestra. An excerpt of “Lithium” was debuted recently at the Dubai World Cup in front of 80,000 people by a 100 piece orchestra conducted by Jaz. 429 Records will release The Symphonic Nirvana in advance of the premiere of the work’s performance at the Royal Albert Hall in London on October 17th (tickets are on sale April 25th).

Says Jaz: “I am currently completing an epic symphonic arrangement of Nirvana’s music which is soon to be recorded with the Moscow State Orchestra to mark the life and death of Kurt Cobain. After receiving a Christmas card from Kurt in 1990 and recording with Dave Grohl in 2003, scoring the work can be likened to a musical dialogue with a familiar disincarnate spirit. It is not a religious work per se–the music of Nirvana is superimposed over concepts such as the multiverse and quantum immortality. It is a great honor to have this opportunity and considering all the synchronicity and coincidences, I feel born for this one.”

Included in the project will be (more to come):
1.Smells Like Teen Spirit
2.Lithium
3.Heart Shaped Box
4.Dumb
5.Come As You Are
6.Scentless Apprentice