British Pop/Rock/R&B band Rixton announce their upcoming May tour of select cities kicking off May 13th in Los Angeles, with three shows in Las Vegas before wrapping up on May 28th in NYC. The LA and NYC shows go on sale April 12th at 10am local time and tickets to the Las Vegas dates are open to the public. Rixton made their US debut with the release of their Me And My Broken Heart EP out now. The band is set to perform the title track first single on the TODAY Show live from Rockefeller Center on May 28th, while the song has already cracked the Top 40 chart coming in at #16 this week and continues to climb also ranking as the # 1 Most Shazzamed new track this week in the US. 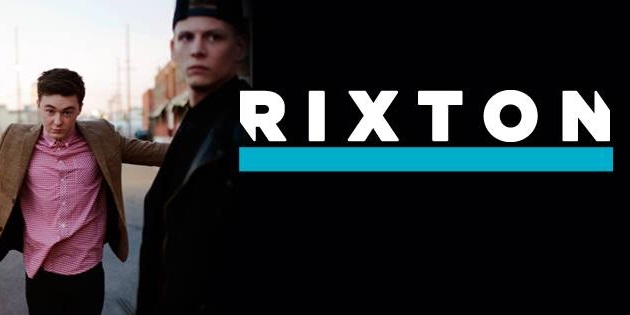 MTV has named Rixton as a 2014 “Artist To Watch” and recently premiered the “Me And My Broken Heart” music video worldwide. Rixton has also been selected by VEVO, the world’s leading all-premium music video and entertainment platform with over 5.5 billion monthly views globally, for its emerging artists program, LIFT. Fans can visit VEVO’s apps, VEVO.com and syndication partner web sites for the opportunity to get to know the band through exclusive interviews, performance videos and behind-the-scenes footage.

Hailing from Manchester, UK foursome Rixton are lead singer and rhythm guitarist Jake Roche, bass/keys, backing vocalist Danny Wilkin, lead guitarist and backing vocalist, Charley Bagnall, and drummer Lewi Morgan. Jake and Danny started writing together 3 years ago and two years later they were introduced to Charley through mutual friends. A year later they stumbled upon Lewi in a back alley of a Manchester pub (playing pots and pans) and asked him to join the band. Drawing comparisons to Maroon 5, Rixton offer up a wealth of addictive pop/rock/R&B built on their own brand of songwriting, instrumentation and vocal harmonies. The band has been steadily gaining a large YouTube following from their reimagined covers of tracks including Taylor Swift’s “Trouble”, Rita Ora’s “How We Do (Party)”, Chris Brown’s “Don’t Wake Me Up” , R. Kelly’s “Ignition” eventually catching the ear of talent manager Scooter Braun. Working with Grammy winning producer Benny Blanco, Rixton are set to deliver their debut album on School Boy/Giant Little Man/Mad Love/Interscope Records later this year.