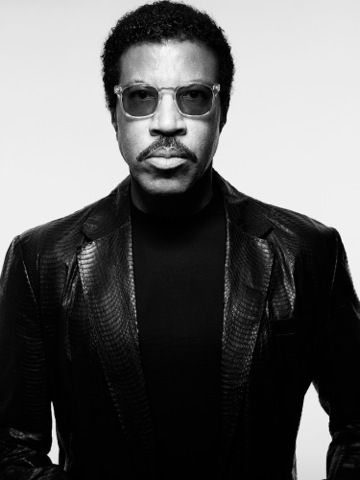 Wolf Trap Foundation for the Performing Arts announces the first set of performances for its highly anticipated 2014 Summer Season.

As America’s only National Park for the Performing Arts, Wolf Trap celebrates all genres of music in its 16-week summer season, welcoming all with a priority on accessibility and affordability.

“In this 30th anniversary year of the rebirth of the Filene Center following devastating fires—a process that saw the community band together to support the arts—we are proud to welcome the greatest names across the spectrum of music, including Lionel Richie, Yo-Yo Ma, Wynton Marsalis, and Josh Groban,” said Arvind Manocha, Wolf Trap Foundation President and CEO. “Whether you’re a fan of symphonic music, opera, R&B, or rock, every music lover can celebrate Wolf Trap this summer.”

Wolf Trap’s second summer show announcement will follow on April 17, 2014. All shows are at the Filene Center at Wolf Trap National Park for the Performing Arts, 1551 Trap Road, Vienna, VA (unless otherwise noted).

Full chronological listing of all 2014 shows announced to date follows:

Under the Streetlamp
Gentleman’s Rule
Friday, May 30 at 8 pm
Slick dance moves and tight harmonies from the retro-inspired Jersey Boys quartet and an eight-man a cappella powerhouse produced by the founder of Straight No Chaser.

Disney’s Beauty and the Beast
Friday–Sunday, June 6–8 at 8 pm
Saturday & Sunday, June 7 & 8 at 2 pm
“Be Our Guest!” Belle and her enchanted entourage prove love conquers all in this family-favorite musical with an Oscar-winning score, featuring “Something There” and “If I Can’t Love Her.”

Ringo Starr & His All-Starr Band
Featuring Steve Lukather, Todd Rudgren, Gregg Rolie, Richard Page, Mark Rivera, and Gregg Bissonette
Thursday, June 12 at 8 pm
Celebrate an era of rock ‘n’ roll virtuosos from The Beatles, Santana, Journey, Toto, and more! In a review of the 50-year anniversary Beatles tribute concert, The New York Times wrote, “The celebration, like that ‘Ed Sullivan Show’ a half-century ago, belonged to the Beatles themselves. First was Mr. Starr: bounding onstage to sing Carl Perkins’s ‘Matchbox,’ settling in at the drums to play and sing the Shirelles’ ‘Boys’ and finishing with a jolly ‘Yellow Submarine.’ They were still having fun.”

Daryl Hall & John Oates
Thursday, June 19 at 8 pm
Still making your dreams come true with unforgettable soul and rock anthems, these Rock and Roll Hall of Famers are the most successful pop duo of all time.

Sing-A-Long Grease
Saturday, June 21 at 8:30 pm
Rev up your vocal chords for an ultimate summer night with the Rydell High gang and sing along with the hits you’re hopelessly devoted to as the original 1978 film is projected in-house and on the lawn, with lyrics on screen.

The Philadelphia Orchestra
Beethoven’s Symphony No. 9 and more!
Bramwell Tovey, conductor
The Choral Arts Society of Washington
Wolf Trap Opera Soloists
Saturday, June 28 at 8:15 pm
After an absence of 15 years, the Philadelphia Orchestra returns for its only 2014 D.C.-area performance, with a triumphant performance of Beethoven’s “Ode to Joy” masterpiece and more, accompanied by The Choral Arts Society of Washington and Wolf Trap Opera soloists.

Diana Ross
Sunday, June 29 at 8 pm
Motown’s supreme legend has inspired generations of singers with her endless stream of No. 1 hits from “You Can’t Hurry Love” to “I’m Coming Out.”

June at The Barns at Wolf Trap:

Crosby, Stills & Nash
Thursday, July 3 at 8 pm
Folk royalty of Woodstock reunite in musical celebration of one of the most creative supergroups in rock ‘n’ roll history.

Straight No Chaser
Thursday, July 17 at 8 pm
Raise your glass! Ten a cappella innovators are here to get the party started with an upbeat collection of medleys and pop covers featuring Michael Jackson, Adele, and Dolly Parton.

Huey Lewis & The News
Sunday, July 20 at 8 pm
Return to “The Heart of Rock ‘n’ Roll” with infectious Grammy-winners whose chart-topping, horn-driven hits unleash “The Power of Love.”

Lionel Richie and CeeLo Green
All the Hits All Night Long
Monday, July 21 at 8 pm
Tuesday, July 22 at 8 pm
Multiplatinum R&B icon and a fresh hip-hop hit-maker will have you “Dancing on the Ceiling” like “Crazy.”

July at The Barns at Wolf Trap:

Handel’s Giulio Cesare
Wolf Trap Opera
Antony Walker, conductor
Tuesday, July 1 at 7:30 pm
Handel’s most popular opera focuses on Julius Caesar’s visit to Egypt in 48 BC and his encounter with the exotic Cleopatra.

Houseful of Song
Saturday, July 19 at 3 pm
Sunday, July 20 at 3 pm
Steven Blier and a trio of Filene Young Artists get domestic as they perform songs for every room of the house!

Yo-Yo Ma
National Symphony Orchestra
Thomas Wilkins, conductor
Saturday, August 2 at 8:15 pm
World’s most famous cellist stirs the imagination with expressive performances that have earned him more than 15 Grammy Awards and the Presidential Medal of Freedom.

Dark Star Orchestra
Sunday, August 3 at 7 pm
With a “fanatical attention to detail” (Rolling Stone), this ultimate Grateful Dead tribute band has been “Truckin'” on a long, strange trip to resurrect the spirit and sound of psychedelic rockers.

Noche Flamenca
Tuesday, August 12 at 8:30 pm
Spellbinding live music with song and dance reveal the essence of flamenco at its most authentic.

ABBA – The Concert
Saturday, August 16 at 8 pm
“Mamma Mia” here they go again! Take a chance on this ultimate tribute band that recreates the look and sound of the world’s most phenomenal pop ensemble.

Josh Groban
Tuesday, August 19 at 8 pm
Wednesday, August 20 at 8 pm
Multiplatinum vocalist charms with inspirational pop ballads and lush arias such as “You Raise Me Up,” “You’re Still You,” and “You Are Loved.”

Sing-A-Long Sound of Music
Saturday, August 23 at 7:15 pm
Maria, the Von Trapp family, and even the lonely goatherd are back to bring you a few of your favorite things: the beloved sing-a-long to the classic film shown on huge screens with lyrics and an unforgettable costume contest.

August at The Barns at Wolf Trap: