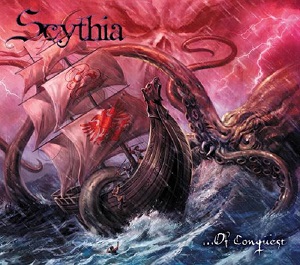 Last week, GearGods.net and Scythia teamed up to post an exclusive new play-through video for the band’s new track ‘Fanfare 1516’. The track features video snippets of video play-a-longs with each member and their instrument.