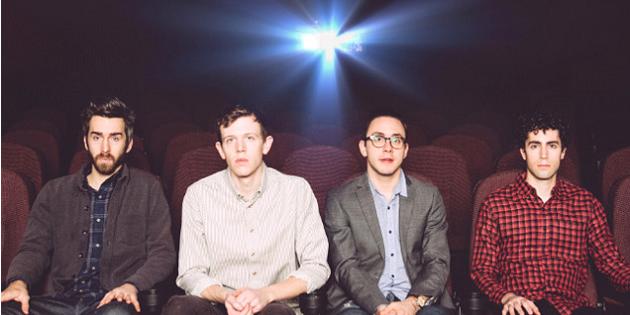 With the release of Tokyo Police Club’s new album Forcefield drawing closer, they are pleased to share new track ‘Tunnel Vision’. Forcefield – the quartet’s fourth record – is due 24th March through Memphis Industries. If you’ve ever read a comic book, watched a science fiction movie, or undertaken a top-secret intergalactic space mission, then you know all about the value of a good force field. Tokyo Police Club surely do, and in the four years since the band’s last album, our brave heroes from Toronto spent several long winters and many manic nights in their own fortress of solitude, learning to deflect that which would do them harm or lead them astray and to respect and to trust those they knew best: each other.

“We struggled with finding our spot as a band and owning what we were,” says lead singer/bass player and principle songwriter Dave Monks. “Everyone expected us to come out with another record like (2010’s) Champ, but we didn’t feel comfortable going on the same road we were on. We wanted to go somewhere else; an upward move, not lateral, so we starting writing and looking around for something new.”

Forcefield is perhaps TPC’s most direct statement of intent yet, musically referencing anything from Tom Petty to Smashing Pumpkins, whilst never losing the unmistakable energy that has marked their work ever since their debut mini-album A Lesson in Crime. The forthcoming album was produced by Doug Boehm (Girls, Dr Dog) and Monks.