Iconic singer, songwriter, musician, actress and philanthropist Dolly Parton announces the release of her new album Blue Smoke which will be released by Sony Music Masterworks and Dolly Records on May 13, 2014. “On this CD I think there are all of the colors of my life in all the areas of music that you’ve allowed me to dabble in through the years,” says Dolly Parton. “You will hear my old world mountain voice on songs like ‘Banks of The Ohio’ and ‘If I Had Wings,’ my tender side on songs like ‘Miss You – Miss Me’ and ‘Unlikely Angel.’ My country / bluegrass side of songs like ‘Home,’ ‘Blue Smoke’ and ‘Don’t Think Twice’ and my funny tongue-in-cheek side on ‘Lover du Jour.'” 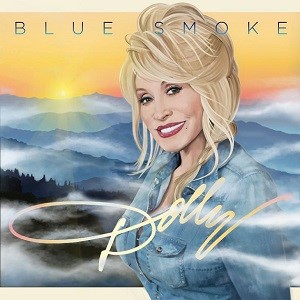 TRACK LISTING:
Blue Smoke
Unlikely Angel
Don’t Think Twice
You Can’t Make Old Friends
Home
Banks of the Ohio
Lay Your Hands on Me
Miss You-Miss Me
If I Had Wings
Lover du Jour
From Here to the Moon and Back
Try

Dolly is the most honored female country performer of all time. Achieving 25 RIAA certified gold, platinum and multi-platinum awards, she has had 25 songs reach number 1 on the Billboard Country charts, a record for a female artist. She has 41 career top 10 country albums, a record for any artist, and she has 110 career charted singles over the past 40 years. All-inclusive sales of singles, albums, hits collections, paid digital downloads and compilation usage during her Hall of Fame career have reportedly topped a staggering 100 million records world-wide. She has garnered 7 Grammy Awards, 10 Country Music Association Awards, 5 Academy of Country Music Awards, 3 American Music Awards and is one of only five female artists to win the Country Music Association’s Entertainer of the Year Award. Dolly was inducted as a member of the Country Music Hall of Fame in 1999. And the litany goes on.

Dolly’s career has spanned nearly five decades and is showing no signs of slowing down. An internationally-renowned superstar, the iconic and irrepressible Parton has contributed countless treasures to the worlds of music, film and television. Some of her hit films have included Nine to Five, Steel Magnolias, The Best Little Whorehouse in Texas , Rhinestone, Straight Talk, and Joyful Noise. Parton received two Oscar® nominations – one for writing the title tune to Nine to Five and the other for Travelin’ Thru from the film Transamerica.