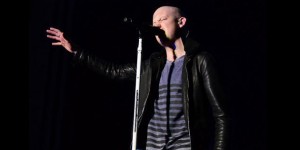 Of the new music Isaac Slade notes, “This record is all about running to the front lines of what we’ve done and pushing our borders even farther. Electronic instruments, drum samples, enormous backing vocals have enabled us to open up our writing to folks outside our camp.”

‘Love Don’t Die’ is the first single from the new record and is produced by Price and Ryan Tedder (Adele, One Republic). The percussion driven track combines Slade’s vocal, looped guitars and a stadium sized chorus.

The Fray’s debut album ‘How To Save A Life’, released in the UK in 2007, brought them worldwide success, going double platinum in their native US and earning them a Grammy nomination.

The band followed that with their self-titled second album in 2009 which featured the hit single ‘You Found Me’ and they released third album ‘Scars and Stories’ in 2012.