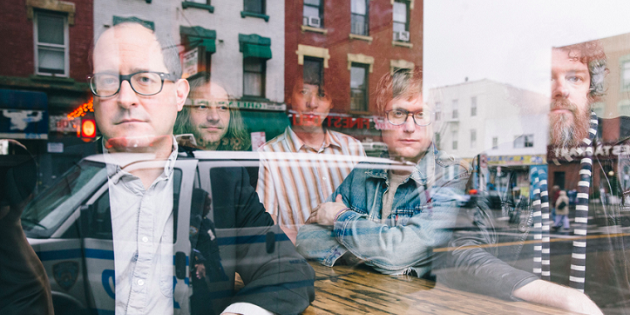 The Hold Steady has signed to Washington Square, a new label imprint formed by Razor & Tie. The band has signed a worldwide deal that will see the release of a new studio album Teeth Dreams on March 25th 2014. The album is produced by Nick Raskulinecz (Foo Fighters, Alice in Chains, Rush, Evanescence). Teeth Dreams will be the sixth album released by The Hold Steady. They will also kick off a string of American tour dates in January 2014 that will include two 10th Anniversary shows.

Formed in 2004 and originally from Minneapolis, MN, The Hold Steady are a critically acclaimed rock band with a vibrant mixture of punk ethos and classic rock pedigree. Their 2006 album, Boys and Girls in America was ranked No. 8 on the Rolling Stone Best Albums of 2006 list. The single Stuck Between Stations was a big underground hit in The Netherlands. The Hold Steady have toured the world extensively as both headliners and as a support act with Death Cab For Cutie, The Dave Matthews Band, Counting Crows and many more. They recently created an original version of “The Bear And The Maiden Fair” for the hit television series Game Of Thrones. The single was released as a special 7” for Record Store Day.