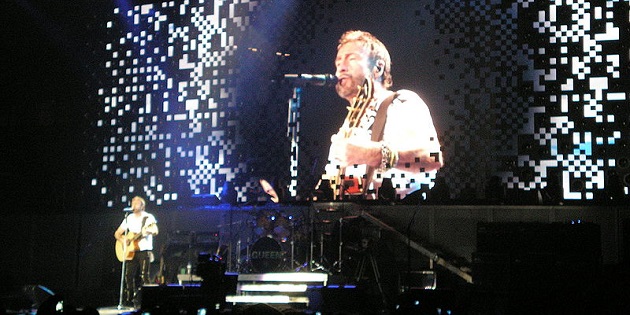 Paul Rodgers, longtime singer, songwriter and multi-instrumentalist with Bad Company, is celebrating the release tomorrow of “The Royal Sessions”—a lovingly crafted collection of classic R&B and soul songs re-imagined by the iconic rock singer recorded at Memphis’ Royal Studios. The historic home of Willie Mitchell and Hi Records, many of the musicians who played on the original hit songs appear on the tracks off of “The Royal Sessions.” Truly a lifetime in the making, Rodgers has come full circle with “The Royal Sessions” as he pays homage to the legendary hits he collected on 45s released on Stax/Volt, Goldwax and Hi Records—recordings by Otis Redding, Albert King and Ann Peebles which made such an indelible impression on the young Rodgers inspiring him to pursue a career as a singer. The buzz has been building nicely with interviews and exclusive song streams in USA Today, Rolling Stone.com, Huffington Post, Le Soleil and more. The single “I Can’t Stand the Rain” was recently #1 Most Added two weeks in a row on the AC Radio chart. Paul Rodgers’ “The Royal Sessions” is available worldwide on 429 Records. A special deluxe CD + DVD package featuring an insightful behind the scenes view into the recording of the “Royal Sessions” is available exclusively at Best Buy.

Produced by Perry Margouleff, “The Royal Sessions” is an extraordinary recording which captures the music in its pure form—live band and vocal takes as performed together at Royal Studios by Rodgers and an all-star roster of legendary musicians. The band is a dream lineup of those who played on the original hits dating back to the 60’s. The classic rhythm section includes Reverend Charles Hodges (Hammond B3), Michael Toles (guitar), LeRoy Hodges Jr. (bass), “Hubby” Archie Turner (Wurlitzer), Steve Potts and James Robertson Sr. (drums), The Royal Horns and the Royal Singers.