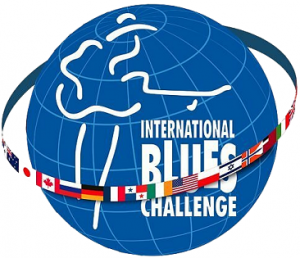 The 30th International Blues Challenge (IBC)–the world’s largest gathering of blues acts–will feature a record 255 acts from 40 states and 16 countries (and four continents). This judged competition includes both a band division with 125 contestants and a solo/duo competition with another 101 acts. The IBC represents an international search by The Blues Foundation and its 200 affiliated blues societies for the regional acts looking to move onto the national and international stage. The competitors and their fans will be jamming 21 clubs up and down Memphis’ world-famous Beale Street with over 600 performances, including the quarter-finals on Wednesday and Thursday, the semi-finals on Friday and the finals at the Orpheum Theatre on Saturday. In addition, 21 acts with members under 21 will showcase their burgeoning talent before the Friday semifinals. The fun all begins on Tuesday with the International Showcase featuring 12 acts from outside the United States. This year, acts hail from Australia, Canada, ten European countries, as well as Colombia and Israel.

In addition to the evening Blues competition, the days are filled with seminars and workshops and topped off in a moving Friday afternoon ceremony in which the Blues community will honor its own with the prestigious Keeping the Blues Alive (KBA) awards that honor the men and women who have made significant contributions to the Blues music world, in categories such as journalism, literature and photography and to the best clubs and festivals, as well as managers, promoters and producers.