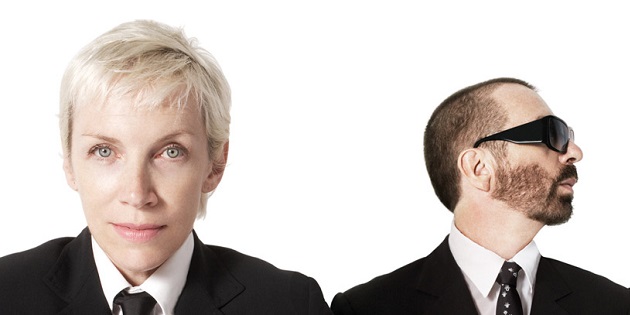 The first performances for “The Night That Changed America: A Grammy ® Salute To The Beatles” were announced today and they include: four-time Grammy winner Annie Lennox and Grammy winner Dave Stewart reuniting as Eurythmics for one night only; 14-time Grammy winner Alicia Keys and nine-time Grammy winner John Legend together in a special performance; three-time Grammy-winning group Maroon 5; and seven-time Grammy winner John Mayer with four-time Grammy winner Keith Urban. The primetime entertainment special — presented by The Recording Academy ®, AEG Ehrlich Ventures and CBS — will celebrate the remarkable legacy of the seven-time Grammy-winning group the Beatles and their groundbreaking first appearance on “The Ed Sullivan Show.” The show will tape on Monday, Jan. 27, 2014, the day after the 56th Annual Grammy Awards ® , and will be broadcast in HDTV and 5.1 surround sound on the CBS Television Network Sunday, Feb. 9, at 8 p.m. ET/PT — exactly 50 years to the day, date, and time of the original event. For updates and breaking news, please visit Grammy.com, and The Recording Academy’s social networks on Twitter, Facebook and Instagram. Additional performers and presenters will be announced shortly.

“The Night That Changed America: A Grammy Salute To The Beatles” will commemorate the 50th anniversary of one of the most historic moments in music and television. Featuring today’s top artists covering songs performed by the Fab Four that momentous evening in 1964 and other Beatles classics through the years, the show also will include footage from that landmark Sunday night, as well as other archival material. In addition, various presenters will help highlight and contextualize the musical, cultural and historical impact of the group and this legendary performance.