Kraak & Smaak’s new album “Chrome Waves” is already off to a flying start with debut single “The Future Is Yours” topping club charts in the UK and Germany and getting the coveted Tune of the Month accolade in Mixmag.  Featuring Ben Westbeech on vocals and with a righteous summer groove that has made it a big Ibiza hit, the track is a positive and uplifting vocal house anthem at a time when much of the scene is going deeper underground.

The new single “Good For The City” looks likely to repeat the success, with Mixmag again confirming that the record will be crowned Tune Of The Month. Two out of two ain’t bad.

Earmarked as a single almost as soon as Sam Duckworth of Get Cape Wear Cape Fly fame had finished writing the lyrics, the song owes as much to the dub and bass grooves of The Clash as it does to the white isle where Kraak & Smaak are proving so popular this summer.

As a production trio they are always keen to work with new singers as well as revisiting established connections. On Chrome Waves, the relationship with dutch star Janne Schra, soul man John Turrell and the fast becoming legendary Ben Westbeech is extended from the previous albums to this one while rapper Capitol A joins Stee Downes, Sam Duckworth, Joi Cardwell and Berenice (who is the lead performer from the K&S live shows ) as new arrivals. Oscar De Jong even steps out from behind the mixing desk to perform vocal duties on the album and Icelandic indie popsters Retro Stefson guest on the album returning a remix favour Kraak & Smaak did them by providing the haunting vocals on F.A.M.E.

The combination of new talent and old friends make the album both exciting and assured. The incredible vocalists on board providing the highs while the rock solid percussive grooves laid down by the three Dutchmen means the low end is always tight.

As always though Kraak & Smaak consider themselves an album band so the one thing that is certain is that the album they deliver will work as an album rather than a collection of singles.

As avid vinyl collectors and album enthusiasts the artwork for Chrome Waves was always going to be key and is by the celebrated artist Jacob Escobedo – hand picked by the band after seeing his work on The Shins, Vampire Weekend and Broken Bells.

For those who are new to the band Kraak & Smaak are a dutch trio (Oscar De Jong, Mark Kneppers and Wim Plug) whose incredible live show and electric DJ sets have seen them play  the cream of the worlds festivals and clubs from We love Space to Glastonbury and Coachella to Exit. 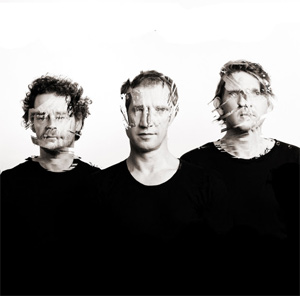 Their last album before this release, Electric Hustle, hit Number 1 on Los Angeles tastemaker station KCRW’ s album chart and the boys have always had a strong US following since Ultra Records picked up their second album following the success of the single Squeeze Me (also sung by Ben Westbeech).

In their native Holland they are a regular fixture on radio and tv with the boys having already performed live on national radio 3FM and on the national tv show Toppop to promote the debut single from this album.

In the UK the single topped the DMC buzz chart and was supported on Radio 1 by Pete Tong / B  Traits and Monki, setting the boys up nicely for their next single “Good For The City” and this album.

The album – well you’ll need to decide for yourselves but expect classy beats and incredible instrumentation covering different bases of dance music from house to disco, boogie to soul all delivered with the Kraak & Smaak swing you expect to hear from the dutch masters.