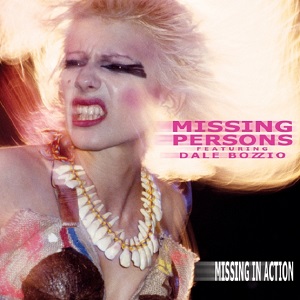 After a long absence from the music scene, Missing Persons featuring original vocalist Dale Bozzio will return to the Southern California stage for two special concerts at Saint Rocke in Hermosa Beach on January 10 and at The Coach House in San Juan Capistrano on January 19. Such memorable hits as “Words,” “Destination Unknown,” and “Walking In L.A.” made Missing Persons a household name in the ‘80s and a staple of early MTV thanks in part to the cutting edge fashion statements of Bozzio. With her unforgettable pink streaked hair, fishbowl bra and bubblewrap jacket, Bozzio would become an iconic figure of rock fashion, the original glam diva, inspiring the likes of Madonna, Gwen Stefani, Lady GaGa, and others! Her vocal style too became a unique signifier of the band’s music, and her voice remains as strong today as it was then!

These two exclusive performances are an exciting prelude to the release of the first studio album of new material to bear the Missing Persons name in over 25 years! The album, titled appropriately enough Missing In Action, was produced by Billy Sherwood and will be released on Cleopatra Records, March 4. Sherwood, whose recent work on the solo album of Star Trek actor William Shatner thrust Sherwood into the national spotlight, composed the album alongside Bozzio and brought a modern twist to the classic Missing Persons’s sound for what is sure to be one of the most talked about comeback records of the year. A record release party is planned and a nationwide tour will launch later in March!