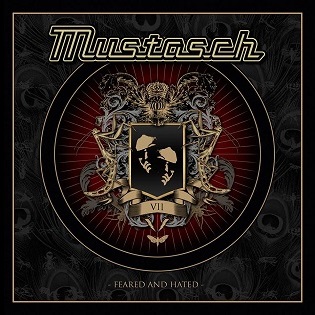 Mustasch are now up to date with their new album – ‘Thank you for the demon’ due for European release on January 13th. This is the follow up to the gold selling album ‘Sounds like hell, looks like heaven’ that came out in 2012. On November 20 the first single ‘Feared And Hated’ will kick of the ‘Thank You For The Demon Europe Tour 2013’. Mustasch recently played the European festivals Metaltown (SE), Ilosaarirock (FI) Wacken (DE), Summer Breeze (DE), Rock Hard Festival (DE), Hellfest (FR), Metaldays (SL), Motocultor (FR) to name a few.