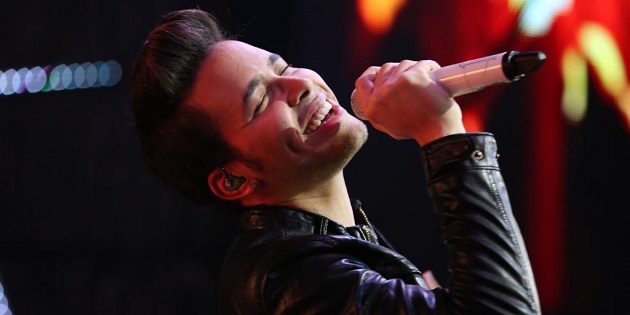 “Terra Live Music in Concert” ended 2013 on a high note with Prince Royce, one of the biggest icons in Latin music, who performed for the first time in a digitally live-streamed transmitted event broadcasted internationally singing hits from his “Soy El Mismo” album, December 4 th in Miami, presented by Pepsi, Samsung, Sprint and Toyota Corolla.

This interactive “Terra Live Music” event was transmitted in HD, in the U.S. and Latin America via computers, smartphones and tablets, allowing fans to enjoy the concert and publish comments on social media using the hashtags #TerraLiveMusic, #PrinceRoyce and #SoyElMismo.

The singer songwriter performed songs from his latest album “Soy El Mismo,” and opened the concert with his hit single “Darte Un Beso”, a song that has reached #1, for the fourth time, on Billboard’s Hot Latin Songs. Fans will have the opportunity to participate in a contest where three lucky winners will each get an autographed set list from “Terra Live Music in Concert” with Prince Royce, photos from the concert and a “Soy El Mismo” CD.

Prince Royce is the biggest breakthrough artist the Latin music industry has seen in many years. Royce’s third album “Soy El Mismo” debuted at #1 in the US and Puerto Rico on Billboard’s Top Latin Albums chart, on a milestone week in which he also reached #1 on Billboard’s Hot Latin Songs chart (for a fourth time) with hit single “Darte Un Beso”. He also garnered his first American Music Award nomination for Favorite Latin Artist. 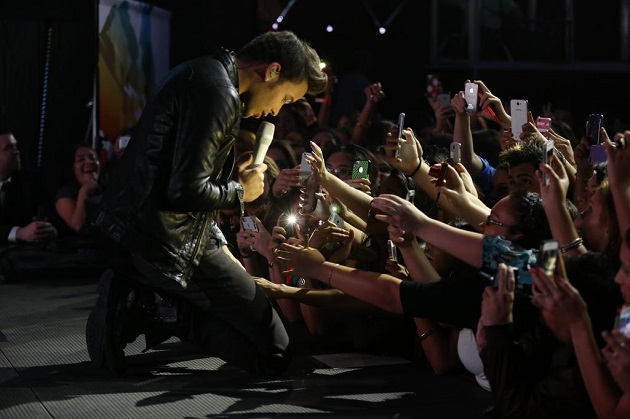 His self-titled debut album has been certified 3x Platinum in the US and Puerto Rico, and 4x Platinum in Chile. The twenty-four year old has recorded hit songs with superstars Mana, Daddy Yankee and Thalia, toured the US with Enrique Iglesias and Pitbull, closed 2012 with his own 30 city US tour which included sold-out shows at Radio City Music Hall and the NOKIA Theatre LA LIVE, and was the winning coach in the debut season of the top-rated US Latin TV show La Voz Kids. He had the honor of performing at the prestigious Vina Del Mar Music Festival in 2012 garnering the top honors – something unprecedented for a young developing artist. Royce is a three time Latin Grammy nominee and has won 16 Latin Billboard Awards, 13 Premio Lo Nuestro and 17 Premios Juventud. At the age of twenty-two, he garnered the Composer of the Year Award at the 2012 Latin Billboard Awards, becoming the youngest person in the history of the awards to receive the honor; and at 23 he obtained the 2013 BMI Latin Songwriter of the Year Award. Earlier this year, the artist signed a major recording contract with Sony Music Entertainment with plans to release Spanish-language albums through Sony Music Latin as well as English-language albums via RCA Records.