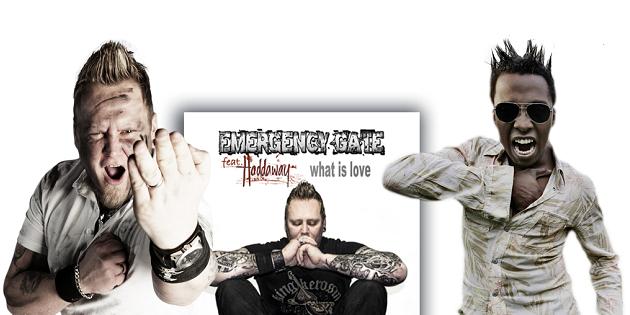 Meldodic Death Core meets 90´s Dancefloor. It was roughly three weeks ago that Munich metallers Emergency Gate announced that they had recorded a song with 90’s disco legend Haddaway, a cover of his world hit ‘What is Love’, igniting a lively discussion in the scene and making people wonder if these different musical styles would work well when combined into one song. Right on time for the release of this new endeavor, Emergency Gate have managed to prove that it does work. This amalgamation of soulful vocals with electronic music, tough metal riffs and shouts by frontman Matthias Kupka – recorded, mixed and mastered in theMunich-based Dreamsound Studios – turned out to be a real jaw-dropper. But it is best to hear for yourself. You can get an impression of the recordings in the official video for “What is Love”.