In support of Mi Vida Local, Atmosphere hits the road today for their fall headlining tour. The North American jaunt features support from fellow Rhymesayers act deM atlaS, as well as The Lioness and DJ Keezy. The tour’s first leg will run through December 15 with more dates to be announced soon. 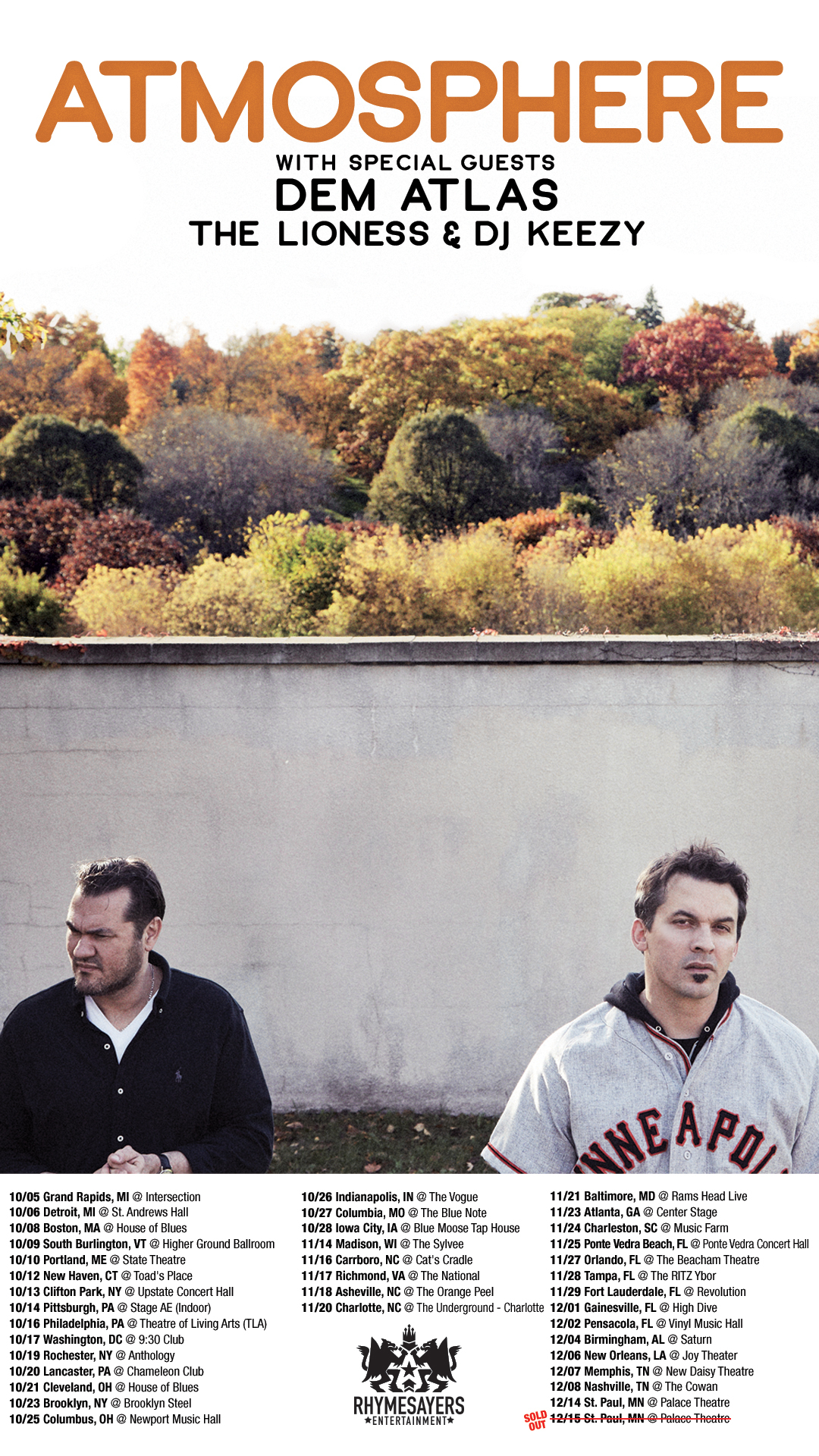