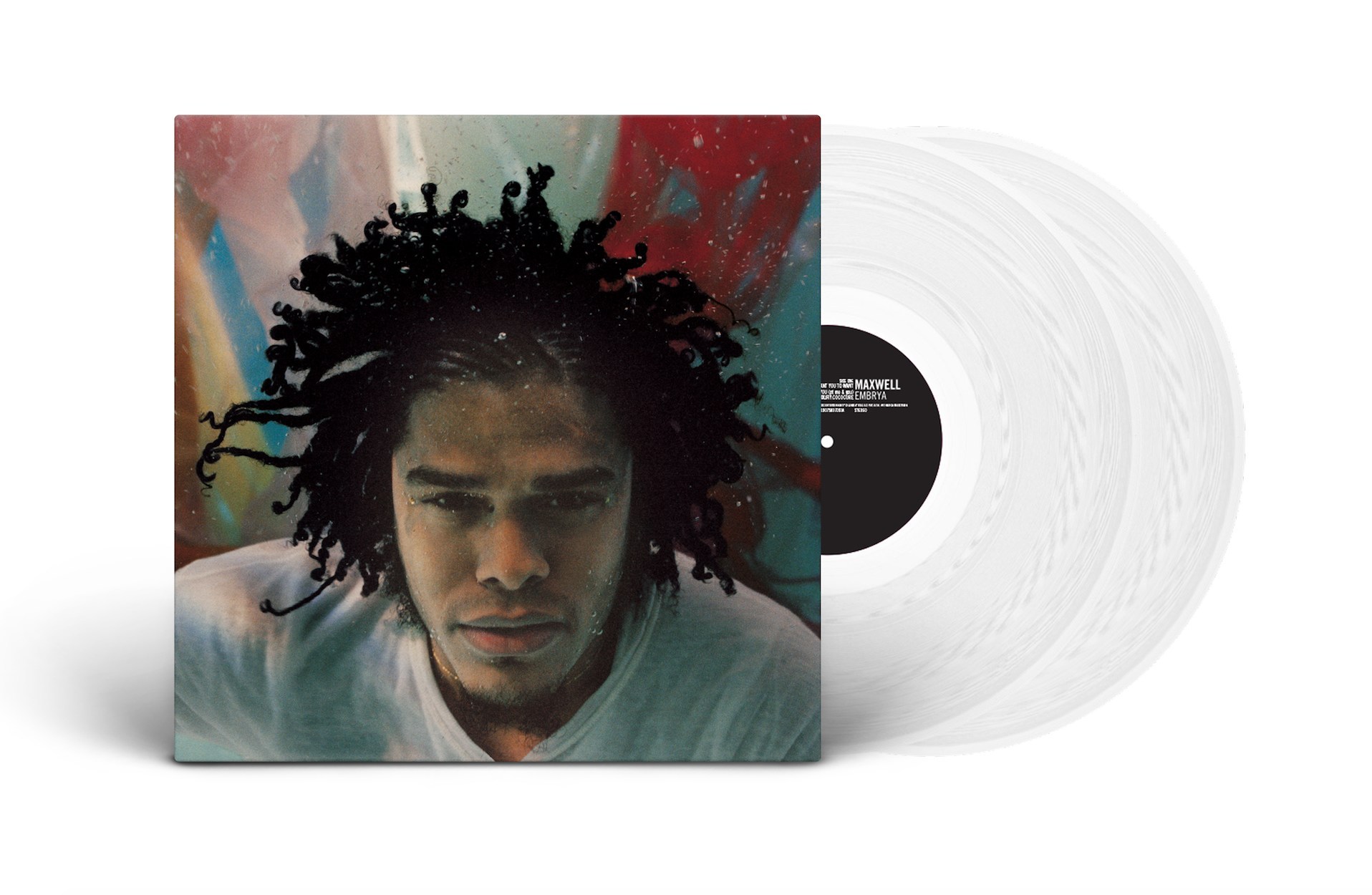 Sony Music’s Certified Classics, Legacy Recording’s division for the celebration of Sony Music’s Hip Hop and R&B catalogue, will release Maxwell’s Embrya on September 28th. The release will include a 2-LP white vinyl package and a new 12-page booklet featuring unseen photos from the original Embrya photoshoot shot by Mario Sorrenti. The audio has been newly re-mastered by Maxwell and Stuart Matthewman, who has worked with Maxwell for over 20 years and who mixed and co-produced the album in 1998. Additionally, it has been resequenced, moving the original opening track to the end.

Embrya, which was originally released in 1998, reached #2 on Billboard’s Top R&B/Hip-Hop Albums chart and #3 on the Billboard 200 and went Certified platinum. It also garnered Maxwell a GRAMMY Award nomination for best R&B album. The album remains an integral chapter in Maxwell’s career canon. He switched up from the jazzier leanings of Urban Hang Suite to stronger basslines, lush strings, electronic beats and more pulsating beats and grooves versus melodies—with Hawaiian guitar riffs and Latin accents thrown in for good measure. And whereas the retro-souled Suite’s concept revolved around romance, Embrya takes the musical discussion to the next level: the gestation of love and spirituality.