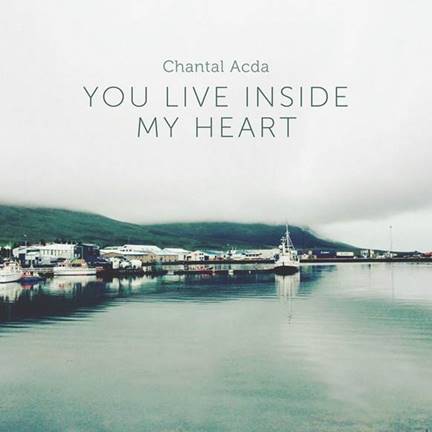 In 2013 Chantal Acda released her first solo record Let Your Hands Be My Guide. In the sessions for that album she worked with Nils Frahm. “When I was recording my first solo record with Nils Frahm we ended up playing this song together in the room. We recorded everything immediately to be able to capture that moment.” This song is “You Live Inside My Heart” and now Chantal feels ready to release it into the world. “This song always meant a lot to me. And in a strange way it never found a place on one of my solo records. I tried it every time but it always seemed to be a story that needs to be told on its own, surrounded by silence instead of other songs. It needed space.”

Now the time feels right to release the song on its own. It comes after she released her third solo record Bounce Back earlier this year. “You Live Inside My Heart” is a soft piano song in which you can really hear the influence of Nils Frahm. That was also the purpose of this recording; “The only thing I told Nils is to slowly get under my skin with his playing. And so he did.”