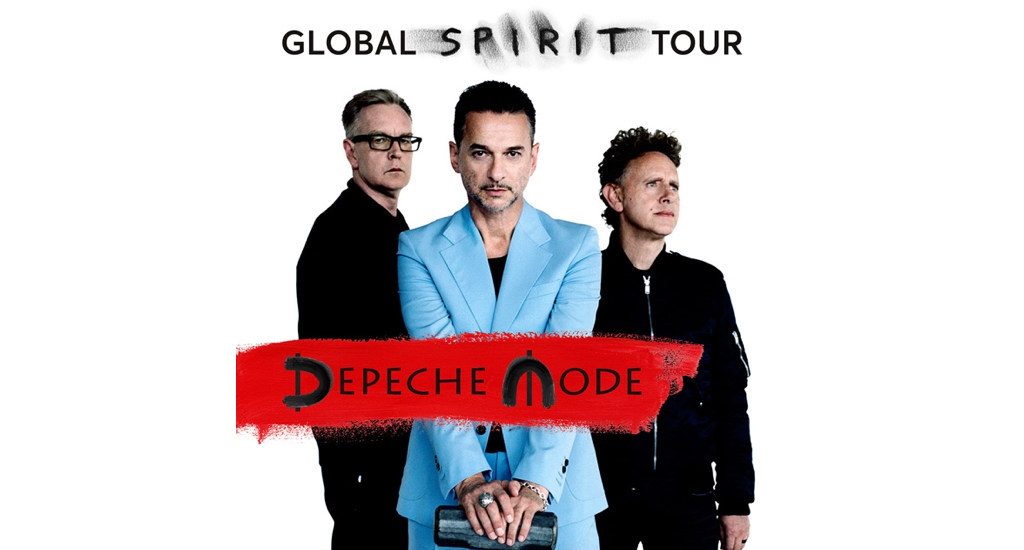 For the first time in nine years, Depeche Mode will tour Latin America, bringing their stunning live show to fans who have not seen the band since 2009’s Tour of the Universe. “We’re incredibly excited to return to Latin America,” says lead singer Dave Gahan. “We weren’t able to see our fans there on the last tour, so we knew we had to visit this time.”

Following this summer’s massive European summer stadium tour and the upcoming fall tour of North America, the band will continue to extend the Global Spirit Tour with two weeks of stadium shows across Latin America in March 2018. The tour will begin on March 11th in Mexico City, continue through Bogota, Lima, Santiago and Buenos Aires, before wrapping up in Sao Paulo on March 27th. The Latin American tour is being promoted by Live Nation, continuing their global partnership with Depeche Mode. Details on all ticket on-sale dates will follow.

The Global Spirit Tour supports the band’s 14th studio album, Spirit, released March 17th via Columbia Records. The album’s powerful and timely first single, “Where’s The Revolution,” has been well-received by critics and fans alike, lauded as a strong “return to form” for Depeche Mode.

One of the most influential, beloved and best-selling musical acts of all time, Depeche Mode have sold over 100 million records and played live to more than 30 million fans worldwide. Formed in 1980, Depeche Mode – Martin Gore, Dave Gahan and Andy Fletcher – continue to win critical and commercial acclaim around the world both in the studio and on the road, with innumerable artists citing them as inspirations and innovators. The band’s 14 studio albums have reached the Top Ten in over 20 countries, including the US and UK. Their last studio album, 2013’s Delta Machine, debuted at #1 in 12 countries around the world, and launched a world tour that saw the band play to more than 2.5 million fans. In fall 2016, Depeche Mode’s Video Singles Collection, a definitive 3 DVD library anthology containing more than four hours of their groundbreaking music videos, was released by SONY Music Entertainment. Their 14th studio album Spirit was released March 17, 2017, and the new album and the Global Spirit Tour are poised to continue the band’s history of musical innovation and the band’s critical and commercial success.