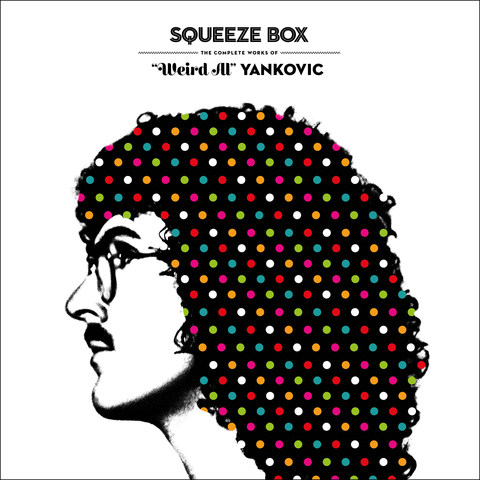 The ultimate tribute to one of the most prolific musical careers of the last four decades, Squeeze Box features all 14 of Weird Al’s studio albums remastered on CD, 150-gram vinyl and digital, spanning from his debut album “Weird Al” Yankovic (1983) to Mandatory Fun (2014). Mandatory Fun was not only the first comedy album in history to debut at #1 on the Billboard chart, but also the first to even reach that lofty position in over 50 years. Altogether, the albums included in Squeeze Box have earned multiple Grammy awards, as well as dozens of gold and platinum records in the U.S., Canada and Australia.

Six of these albums will make their debut on vinyl as part of Squeeze Box. Each has been newly remastered by Grammy Award-winning engineer Mark Wilder and personally approved by Yankovic. An Al-curated 15th bonus disc, Medium Rarities, features specially selected non-album tracks from across his remarkable career.

Fans can pre-order the collection now on “Weird Al” Yankovic’s campaign page (pledgemusic.com/weirdalyankovic). The leaders in direct-to-fan platforms, PledgeMusic allows artists to get more personal with their fans, offering pledgers behind-the-scenes updates and items not available anywhere else. Pledgers who pre-order the Squeeze Box set will receive the AccessPass which offers access to exclusive artist updates, bonus content, and more.

Available in Fall 2017, Squeeze Box comes in a unique package worthy of Weird Al’s inimitable style: an amazing replica of his signature accordion, with each album stored in its bellows. An accompanying 100-page book will feature a trove of rare and unseen photos and memorabilia.

Squeeze Box: The Complete Works of “Weird Al” Yankovic will be sold through an exclusive partnership with Legacy Recordings, the Grammy Award-winning catalog division of Sony Music Entertainment, and PledgeMusic, a direct-to-fan music platform that will offer exclusive content and insight into the making of this one-of-a-kind set. Fans can purchase various bundles featuring signed test pressings and other merchandise available only through the PledgeMusic campaign. Upon pre-ordering the set, fans can check back for videos, images and updates on the project, from a trip to the mastering studio to early looks at the packaging and content. 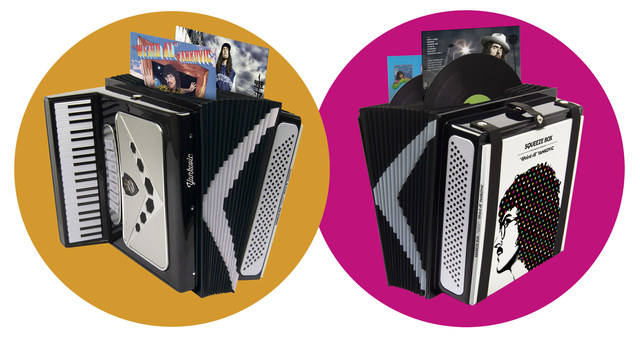