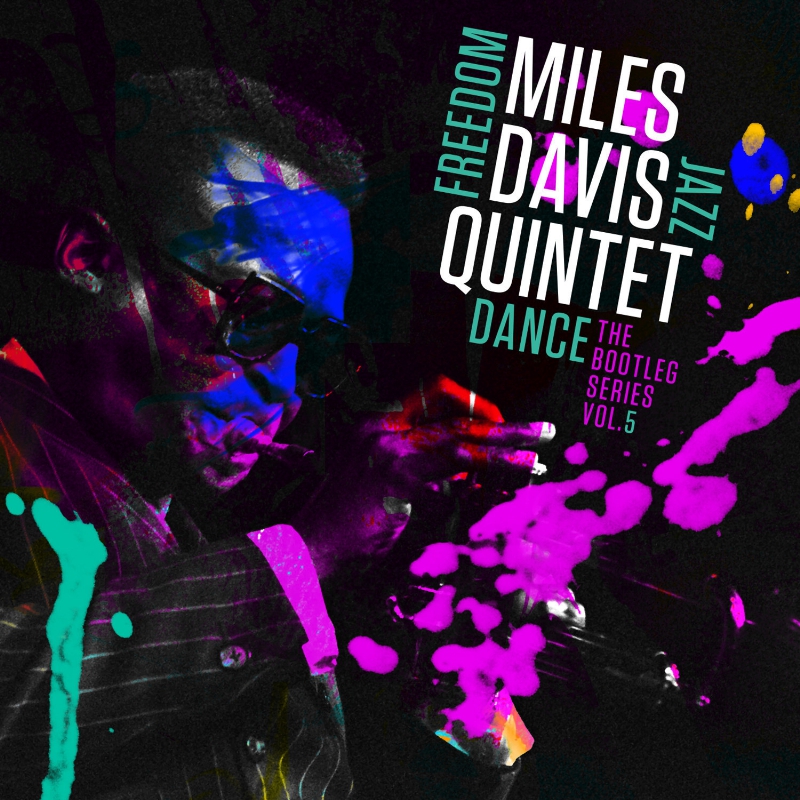 “Circle,” “Orbits,” “Dolores” and “Freedom Jazz Dance” were recorded at the historic Columbia 30th Street Studio in New York City on October 24, 1966. “Gingerbread Boy” and “Footprints” were recorded at the same location the following day, October 25, 1966. Full session reels – every second of music and dialogue – that were taped for the Miles Smiles album are included. Prior to this the only material ever released from the classic album were the master takes for the six songs. Never before have the full session reels for an entire Miles Columbia album been released, here providing an in-depth look at the studio process of one of jazz’s greatest bandleaders, and arguably the greatest small jazz group ever.

“Masqualero”, heard on the set in a previously unreleased alternate take, was recorded at Columbia 30th Street Studio on May 17, 1967. “Water Babies” and “Nefertiti” were recorded there on June 7, 1967. “Fall” was cut at the Columbia studio on July 19, 1967. Complete session reels for “Water Babies”, “Nefertiti” and “Fall” are included in the box.

“Country Son”, heard in a unique previously unreleased rhythm section only rehearsal, was recorded at Columbia Studio B in New York City on May 15, 1968.

In addition to more than two hours of previously unreleased studio sessions, the collection includes “Blues in F (My Ding),” a rare and unique home recording featuring Miles, demonstrating on piano a new blues he was working on to Wayne Shorter.

Sourced from original four-track analog session reels and master tapes transferred and mixed in high resolution at 24-bit/192 kHz, Miles Davis Quintet: Freedom Jazz Dance: The Bootleg Series, Vol 5 offers a profound and intimate look at Miles’ creative process in the studio, providing insight into the bold new musical directions Davis and members of his quintet would take as the 1960s drew to a close.

The first four volumes of The Miles Davis Bootleg Series have received numerous honors and accolades:

Live in Europe 1967: The Bootleg Series Vol. 1 (released September 2011) was the most acclaimed historic jazz box set of 2011, receiving a “5-star” review from Down Beat magazine, where it was voted Historical Album of the Year in the Down Beat 2012 Readers and Critics Poll. The album was ranked #1 reissue in the Readers Poll of JazzTimes magazine while the Jazz Journalists Association voted it Best Historical or Boxed Set. The set peaked at #3 on Billboard’s Top Jazz Album Charts.

Miles Davis Quintet – Live In Europe 1969: The Bootleg Series Vol. 2 (released January 2013) won the Jazz Journalists Association Historical Record of the Year, voted Historical Album of the Year in the Downbeat Readers and Critics Poll, and #1 reissue in both the Critics and Readers polls of JazzTimes magazine. Like its predecessor, the album also peaked at #3 on Billboard’s Top Jazz Album Charts.

MILES DAVIS AT NEWPORT 1955-1975: The Bootleg Series Vol. 4 (released March 2015) was voted the #1 Historical Reissue in the 2015 JazzTimes Critics Poll and won Historical/Reissue/Vault Release in the 2015 JazzTimes Readers Poll. The set was also named in Downbeat’s “Best Albums of 2015” list, received 4 Stars in the Historical category and in Downbeat’s Critics Poll was the winner in the Historical Album category. The set won the 2016 NAACP Image Award for the Outstanding Jazz Album category.

Miles Davis, American musical icon and international cultural archetype, would have turned 90 years old on May 26, 2016. To commemorate Miles 90th, Legacy Recordings (the catalog division of Sony Music Entertainment) and Polygraph.cool (the groundbreaking online publication pioneering the art of interactive graphic forensics) launched the Universe of Miles Davis, an immersive destination website visualizing the astounding ongoing cultural impact and importance of Miles Davis. An innovative 21st century interactive platform, the Universe of Miles Davis is as revolutionary as the artist and genius it celebrates.