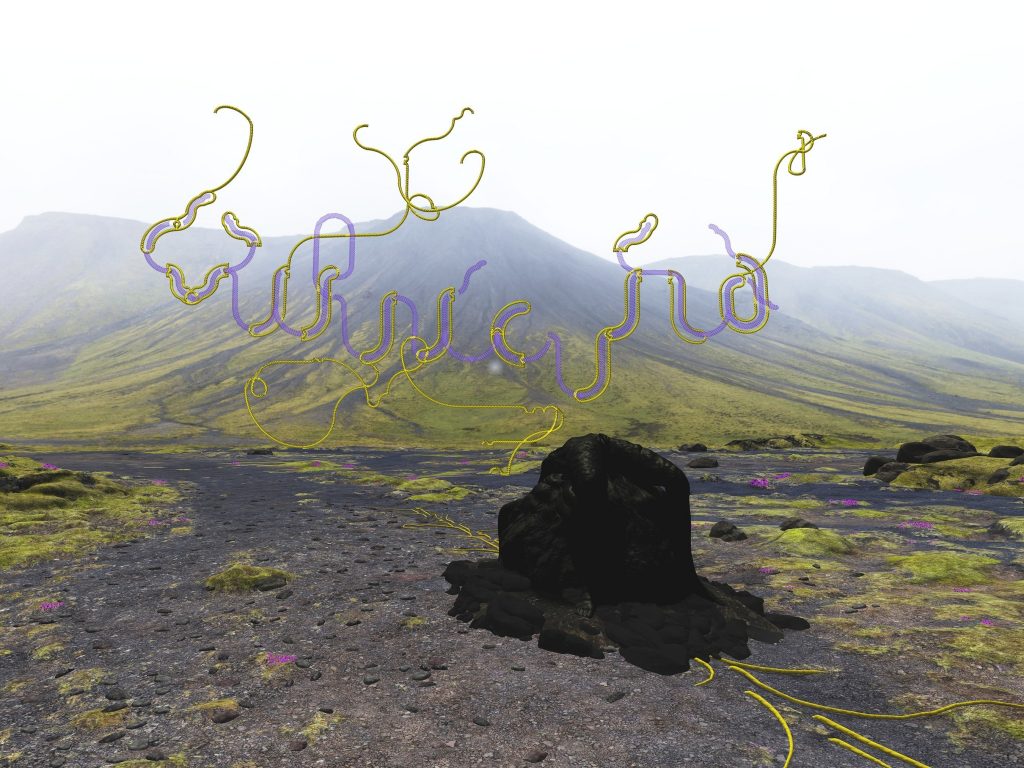 Vulnicura VR immerses the viewer in the Icelandic landscapes that inspire many of Björk’s songs and imagery. As the viewer glides across the landscape a single thread follows their gaze, embroidering itself into the ground as they look down or darting into the sky as they look up to find totems floating in the air. Each totem represents a unique virtual reality experience and by focusing their gaze onto a totem the viewer is transported to an immersive Björk experience.

“In creating the experience we wanted to seamlessly blend browsing the album with Björk’s creative vision for her music. This allows the fans to interact with the songs in a way that they’ve haven’t done before,” Creative Director of River Studios, Ewan Johnson explained.

Sivan Iram, GM of River Studios said, “This project brings a new dimension to how we experience music. We’re truly excited to demonstrate to both artists and their fans how VR can be used as a malleable creative tool that broadens the connection between them.”

Björk, herself, considers virtual reality to be a personal and sensory stimulating medium which directly transfers her music, feelings, and experiences.

“The older I get the more I understand what is special about how we experience music. It’s either one-on-one, or thousands of people at a festival where you lose yourself. It’s not intellectual, it’s impulsive. Virtual reality is a natural continuity of that. It has a lot of intimacy,” said the musician in an interview with The Guardian.

“Björk shares our vision that virtual reality now plays a major role in artful expression and we are delighted to pioneer this new art medium with her inspiring and fabulous team,” Mike Rothenberg, CEO/Founder of Rothenberg Ventures and River Studios shared.

Vulnicura VR currently has three music videos, with five more to be included as they are produced to complete.

The virtual reality album will be released later this year in conjunction with the Björk Digital World Tour. Björk Digital began in Sydney and with the first three music videos from Vulnicura VR and will continue in Tokyo, London, Montreal, Paris, Reykjavik, and Houston. River Studios is also responsible for providing virtual reality playback for the Sydney Event.