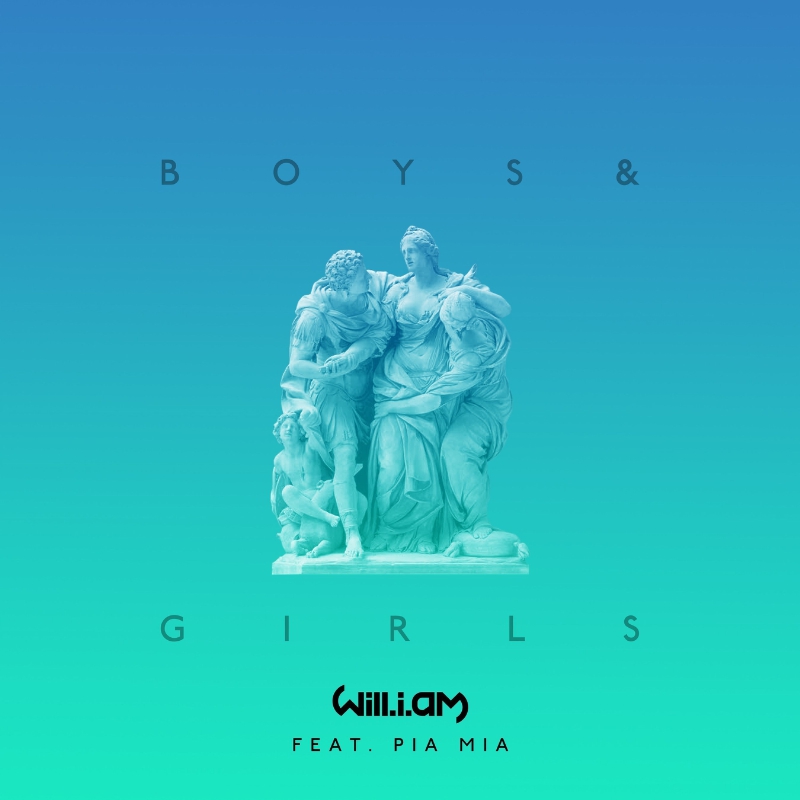 will.i.am is known not only for his work with The Black Eyed Peas but also for writing and producing tracks for such superstar artists as Britney Spears, Michael Jackson and Usher. His fourth solo album, 2013’s #willpower, debuted Top 10 on the Billboard Top 200 Album Chart. It featured special guests Justin Bieber (on “#thatPOWER,”) Lil Wayne, Diddy, Chris Brown, and Britney Spears (on “Scream & Shout” which reached #3 on both the Billboard Hot 100 and Top 40 charts), among others. will.i.am, as a solo artist and along with The Black Eyed Peas, has sold over 35 million albums and 132 million singles worldwide. Recognized and honored by numerous industry organizations, will.i.am is the recipient of multiple Grammy Awards, an Emmy Award, and a CLIO Award and ranked on Fortune’s 40 Under 40 list.

Pia Mia, who is featured on “Boys & Girls,” released her debut EP, The Gift in 2014. In 2015 Pia Mia released her first official single “Do It Again,” featuring Chris Brown and Tyga, which has amassed nearly 200 million views on Vevo. Pia Mia is currently in the studio working on her upcoming debut album for Wolfpack / Interscope Records.