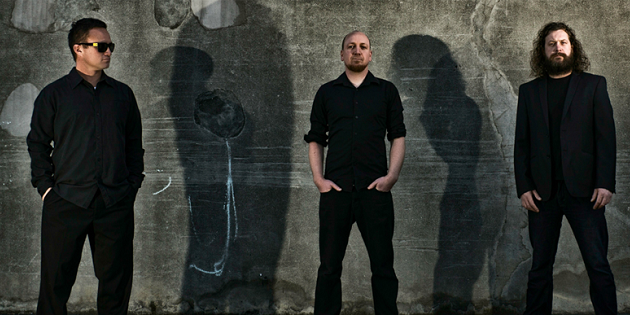 It took about 8 years but last fall, the awesome ambient/post-rock band Jakob, from New-Zealand, has released its new full-length album, called ‘Sines’ through the almighty The Mylene Sheath (Caspian, Gifts from Enola, Heiress, Junius, Minot, Pelican…). Eight years after an explorative post-rock storm (the acclaimed “Solace”) that saw them tour the world, JAKOB are back.

In an emerging swell, this new album is a bold and splendorous return to the world stage after an extended pause.
As on their previous records, ‘Sines’ is itself a force of nature, built upon lush, epic layers and deft movement; a journey that spits with menace and relapses into beauty, much soundscape as rock-show — an echo of the expansive surroundings of the band’s native Hawke’s Bay, personifying rough seas and sweeping landscapes.

Each element in the vigorous trio that comprises JAKOB is as essential to the wall-of-sound as its counterparts — Jeff Boyle’s lush and commanding guitar work spirals delicately before a wide explosion, the bass of Maurice Beckett growls and pulses like an electrical current, and the powerful surge of Jason Johnston’s drumming cascades between thunderous treatment, precise, driving beats and eerie silences.

The long-awaited follow-up to 2006’s ‘Solace’ has been equally as frustrating for the band, with multiple injuries impeding their progress and forcing the cancellation of a massive European tour in 2013. Injury and delay now a distant memory, Jakob is about to tour in Uk & Europe in order to spread its brand new music on stage.