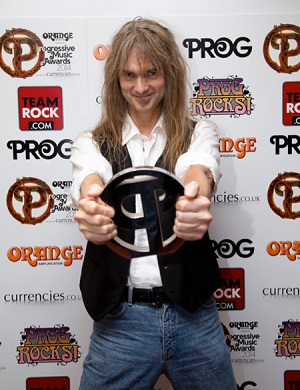 He was presented his award by previous collaborator Damian Wilson (Threshold, Headspace) & sent a video message by Anneke Van Giersbergen with whom he is currently making an album under the name of The Gentle Storm.

Arjen joined a host of other high-profile winners on the night that included Peter Gabriel, Rick Wakeman, Andy Latimer of Camel & Transatlantic, who also performed live on the night.