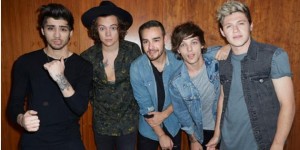 British pop superstars One Direction have announced the global release of their eagerly anticipated fourth studio album, FOUR, on November 17, 2014 via Syco/Columbia Records. The follow-up to their third album MIDNIGHT MEMORIES, the world’s bestselling album of 2013, FOUR is available for pre-order today.

To celebrate the announcement, One Direction are offering fans a download of a brand new track “Fireproof,” a first look from the new album FOUR. Fans can download the track for free from the bands official website www.onedirectionmusic.com for 24 hours only.