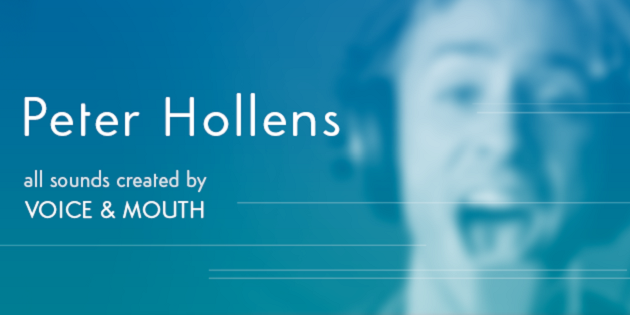 Sony Music Masterworks announces a worldwide recording agreement with YouTube star Peter Hollens. His debut album will be released on the Portrait Records imprint on October 28, 2014. Along with this forthcoming album, Hollens posts music videos every two weeks and just released a new one featuring fellow YouTube star Nick Pitera in which they sing a medley from the Broadway show Wicked.

Peter Hollens is an American pop singer and producer best known for his work on YouTube as an a cappella artist. Hollens is a one man a cappella group – he sings ALL parts of every song and then layers and blends them together. With over 750,000 subscribers his videos have reached over 100 million views. Hollens has collaborated with some of YouTube’s biggest artists, including Lindsey Stirling, George Watsky and Tyler Ward as well as Jason Mraz and Hunter Hayes.

“I’m thrilled to begin this partnership with Sony Masterworks. With the desire to inspire others through my love for music, I look forward to releasing an album that I can share with listeners all over the world, along with continuing to share videos on my YouTube channel. Now, with the support of Sony Music Masterworks, I can reach an even wider audience worldwide,” says Hollens.

“Peter Hollens is an exciting new vocalist reaching a new audience through digital media. His ideas are fresh and his creative imagination is fearless. We at Masterworks are delighted to be with him on the next phase of his musical journey,” says Chuck Mitchell, Senior Vice President, Sony Music Masterworks U.S.

He has released over 70 digital singles and has been involved with a cappella music since 1999 when he co-founded the University of Oregon’s male a cappella group On The Rocks. In 2010 he was featured on NBC’sThe Sing Off Season 2 with On The Rocks. He also advises many companies including Patreon, Loudr, Tubular and is on the YouTube creator advisory board. He believes in helping and educating his peers and often consults and advises many artists.