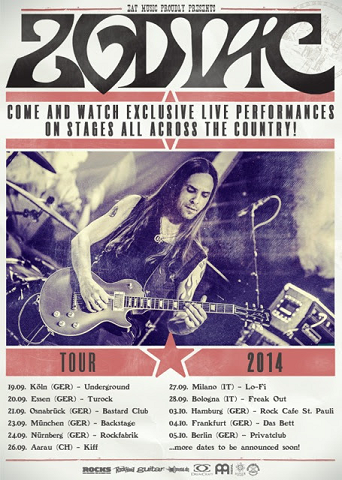 Finally Zodiac are back with some fantastic news: The German blues/classic rockers have just announced a brand new album, scheduled to be released in September 2014 via Napalm Records! Same time the band will be also hitting the road for an album release tour. The band on the new album / tour: “As our US tour has been canceled due to some visa issues, we decided to take the time and write some new songs. Soon we had a couple of songs and were sure that the material is good enough for a new record. The new album will be more diverse as the previous ones and it will be a reflection of all the musical influences we have as a band. An album about the love for music! Furthermore we will play a record release tour and will record our first live lp during that tour. So you guys have the chance to hear you scream on that one. More updates about the new record and the tour will follow in the next couple of weeks / months on our homepage and facebook!”