Guitar Hero Joe Bonamassa is set to perform an exclusive event concert experience at Red Rocks Amphitheatre celebrating the music of blues legends Muddy Waters and Howlin’ Wolf. Material for the show will be primarily sourced from the catalogs of Howlin’ Wolf, one of the most influential Chicago bluesmen of all time, known for his deep, scratchy voice, and Muddy Waters, considered the “father of modern Chicago blues” and a major inspiration for the British blues explosion of the 1960s, a genre that Bonamassa grew up with and that influences his own music to this day. A full performance will be dedicated to a selection of songs from each artist, followed by a 30 minute set of songs from Bonamassa’s own extensive catalog. This tribute concert will be performed one time only, will feature a band different from Bonamassa’s regular touring band, and will be filmed for PBS and Palladia. 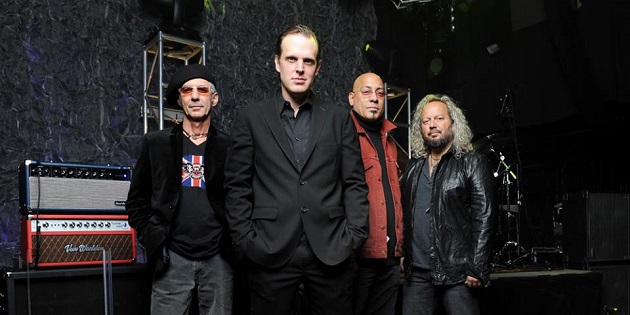 Tickets go on sale today and start at $65 and can be purchased at www.ticketmaster.com. For every ticket purchased, $5 will be donated to Keeping the Blues Alive which Bonamassa founded to promote the heritage of the blues to the next generation, fund music scholarships, and supplement the loss of music education programs in public schools.

The concert will begin just before sundown, highlighting the natural beauty of the amphitheatre. Located in Red Rocks Park, Red Rocks Amphitheatre is a geological phenomenon – the only naturally-occurring, acoustically perfect amphitheater in the world. From Sting and The Beatles, to opera stars and U2, every artist aspires to play on this magical, spiritual and emotional stage. It is also a popular venue for live recordings due to the uniqueness of the setting. Bands that have released live recordings from the venue include U2, Fleetwood Macsinger Stevie Nicks, The Moody Blues, Dave Matthews Band, Neil Young, R.E.M., Ben Harper, Coldplay, The Allman Brothers Band, Phish, and many more.