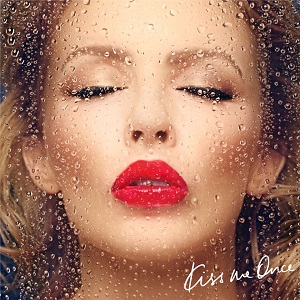 The brand new album, ‘Kiss Me Once’ is Kylie’s first studio album since 2010’s ‘Aphrodite’, and her first since signing to Roc Nation Management. The album was executive produced by Kylie and Sia, who also penned the title track. Kylie also teams up with Pharrell Williams (who wrote and produced ‘I Was Gonna Cancel’). Other producers include Ariel Rechtshaid (HAIM) on ‘If Only’, MNEK on ‘Feels So Good’, and Greg Kurstin on bonus track ‘Sleeping With The Enemy’.

Tourdates can be found at http://www.kylie.com/live/