V Festival 2014 will once again deliver an epic weekend of unbeatable live music with the news that Justin Timberlake and The Killers will be headlining the Virgin Media Stage at this year’s event. V Festival takes place 16-17 August in Hylands Park, Chelmsford and Weston Park, Staffordshire, UK. 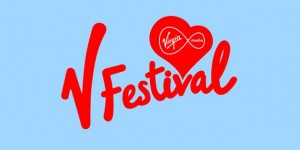 V Festival is now in its 19th year and is renowned for bringing the very best eclectic music together for one mind-blowing weekend. Last year saw incredible sets from headliners Beyonce and Kings of Leon, with other show stopping performances from the likes of Jessie J, The Script and Ellie Goulding. V Festival has an unrivalled music pedigree, previous headliners have included Coldplay, Radiohead, Oasis, Eminem, Foo Fighters, The Stone Roses and The Arctic Monkeys. V Festival is now established as the biggest festival in the UK with over 170,000 fans attending, and was the first festival to establish rotating acts across two sites.

From big riffs to throwing shapes, V Festival will guarantee to meet demand with a wide spectrum of pop, indie, rock, dance, electronic, and acoustic acts playing across its four music stages. The ever-popular Glee Club Comedy Tent will return for 2014 with a fantastic line up of top quality comic talent. With many more great artists to be announced, there is truly something for everyone at V Festival.

V Festival is the hottest date on the UK music calendar. From the moment the gates open, the festival vibe comes alive and a truly remarkable weekend of music and enjoyment ensues. The hugely successful V Style camping is set to return this year giving festival fans the chance to get the best of both worlds. They can dance the days away with their favourite artists and then chill out in luxury in ready built accommodation in beautiful surroundings.