Following the new release of singer Dolly Parton, the singer announces the ‘Blue Smoke World Tour’, that will hit select dates in the United States, England, Ireland, Scotland, Denmark, Germany, Norway and Sweden. Dolly’s career has spanned nearly five decades and is showing no signs of slowing down. An internationally-renowned superstar, the iconic and irrepressible Parton has contributed countless treasures to the worlds of music, film and television. Some of her hit films have included Nine to Five, Steel Magnolias, The Best Little Whorehouse in Texas , Rhinestone, Straight Talk, and Joyful Noise. Parton received two Oscar® nominations – one for writing the title tune to Nine to Five and the other for Travelin’ Thru from the film Transamerica. 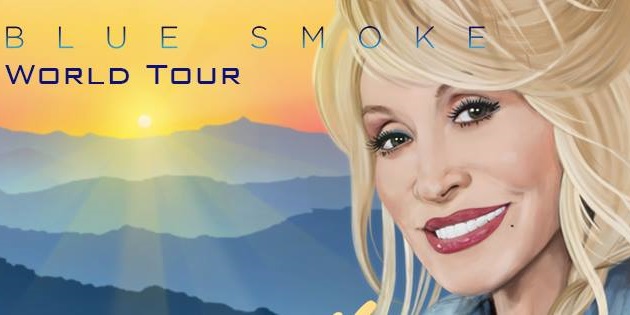