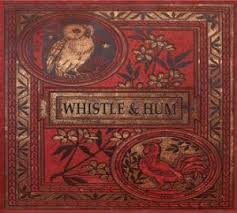 Born in New Zealand, musician Anna van Riel is taking her music to new heights with the release of her third studio album ‘Whistle and Hum’. The first of its kind to be solely recorded and produced in Wanaka, New Zealand, the album has a sustainable theme communicated through every facet of its existence. It is printed on 100% recyclable paper and recorded and produced through a system known as contra-trading (trading skills, items and even time instead of money). Not bad, considering Anna ain’t a real Kiwi; both parents were born Dutch and moved to New Zealand’s southern Island years ago.

The album is Anna van Riel’s third album, following the award-winning success of her six-track EP Einey Meiny Miney Mo and her debut album Solar Panel. Last year Anna toured the United States and Canada on a 3 month Sustainble House Concert Tour. The tour, which began in Vancouver B.C, followed down the West Coast of America to California, inland to Colorado, up through the heart of Wyoming and Montana and finished on Vancouver Island. B.C in late September. The concept was to showcase Anna’s new album on the Whistle and Hum tour which took place in the living rooms of homes with an eco-conscious approach to living, and to have an captive audience that incorporated family and Anna’s love of children’s music alongside her own original works.

The album itself is an original collection of quirky cabaret, bluegrass and folk numbers, and was created with Wanaka audio engineer and producer Danny Fairley (aka Civilian Sol). Having toured NZ numerous times and in keeping with her sustainable theme, Anna aims to book Fairley a NZ tour of his own upcoming album as a contra-trade for his recording talent. A focus on keeping it local has been a huge inspiration for the path the album has taken.

Anna’s music won’t be considered an album full of #1-hits, but that won’t be Anna’s problem. ‘Whistle & Hum’ consists af 10 easy to listen tracks in a mixture of country, folk and bluegrass. The singer’s voice is soft, and telling her own stories of love, friendship and daily stuff. Titletrack ‘Whistle and Hum’ probably is what ‘Whistle & Hum’ is all about; The things that play around in the head of an ordinary Kiwi Cowgirl. Almost like the one’s in McLeod’s Daughters, that may be a good comparison. (7/10) (Own Production)