Austin, TX based group FEATHERS, return with the release of their new EP ‘Only One’ on January 13th, 2014. The EP features two brand new songs ‘Wild Love’ and ‘The Only One’ along with brand new mixes of tracks ‘Believe’ and’Familiar So Strange’ that featured on the band’s debut album ‘If All Here Now’.

Feathers will begin 2014 with two shows in New York City prior to embarking on a European tour as the direct support for Depeche Mode beginning on January 15th in Barcelona, Spain before heading to the UK at the end of January. Feathers will also play a headline show in London at Birthday’s on February 1st. 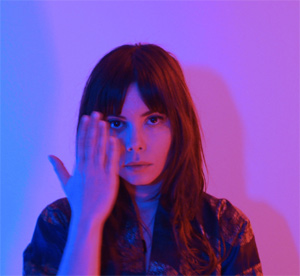 Formed in 2011, Feathers began as Anastasia Dimou’s recording project. The band’s debut full-length album, If All Now Here, was released this past May to huge critical acclaim on both sides of the Atlantic.